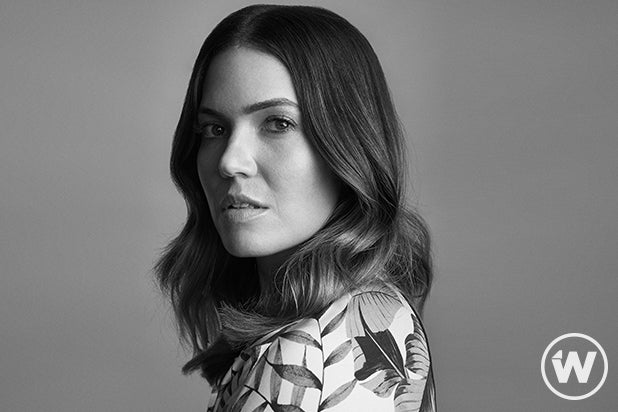 This story about Mandy Moore first appeared in the Comedy/Drama/Actors issue of TheWrap’s Emmy magazine.

Mandy Moore went through a lot this year. Well, Rebecca Pearson went through a lot — Moore just had to live through it while portraying the many iterations of the character on NBC’s “This Is Us.” It’s a job that has had her regularly breaking down on screen since the show first debuted in the fall of 2016.

Now, two seasons in, creator Dan Fogelman has yet to let the story well run dry, supplying an ever-increasing number of sob-worthy moments. This, of course, includes the story of how family patriarch Jack Pearson (Milo Ventimiglia) died at a young age, which was finally revealed to viewers in a special post-Super Bowl episode. That particular show drew even higher ratings than the Nielsen darling already gets on an average Tuesday.

“We all knew going into the episode that there was a lot of pressure to deliver and answer this question that people have been asking since the start of the series, and wanting to handle it properly,” Moore said of the installment, which shows Jack’s death due to smoke inhalation after we think he’s survived a house fire.

“I think we owe that to Dan. It starts first and foremost with the writing. I think the episode in general is such a great representation of our show. We knew obviously that it was going to be playing right after the Super Bowl to a broader audience than would typically find our show. And I just think they did a fantastic job of letting every character have a moment.”

The installment was a blessing and a curse for the audience, who got answers but had to watch Rebecca and her children mourn the loss of Jack. And if you thought that watching Moore gasp and cry in horror at her husband’s suddenly lifeless body was rough — well, think about what she went through shooting the sequence.

“It was a pretty emotionally taxing couple of weeks on every front, because we shot that episode and then we shot the funeral episode directly after,” Moore said. “So I felt like I was just living in this haze of emotional overload. I would go home every night completely drained, and I’d have a glass of wine occasionally and just be quiet and not talk to my boyfriend. I’d just listen to some music and decompress.

Also Read: 'This Is Us': Don't Worry About Seeing Less Milo, Justin Hartley Says Season 3 Is 'Huge' for Jack

“I felt like I was slightly traumatized from a good four weeks of just crying nonstop,” she added with a laugh.

But Moore, whose main experience with episodic television before “This Is Us” had been recurring guest roles on “Entourage,” “Grey’s Anatomy” and “Red Band Society,” doesn’t just have to worry about what she is crying over when she goes to work each day.

She also has to know who is doing the crying, as she plays older and younger versions of Rebecca, depending on what story they are telling at the moment.

The flashback scenes show Rebecca and Jack in the early years of their relationship, while the later ones find the 34-year-old actress playing a woman who is decades older than her in real life — an iteration that takes Moore three-and-a-half hours to achieve in hair and makeup.

Also Read: NBC Sets Fall Premieres for 'This is Us,' 'The Good Place,' 'Will and Grace' and More

“At first I felt daunted by playing someone who is 30-odd years older than me,” Moore said. “She is a mother and has lost a spouse and is a grandmother and has adult children, all of these points of reference that I don’t have in my own life.

“So I really concentrated initially on where her energy emanated from and I just thought, ‘This woman, who had suffered such a tremendous loss at such a pivotal point in her life, was obviously going to carry that around with her, but also as you move into being a grandmother and reaching that age — she’s still very vibrant.

“She’s not an old woman by any means. She’s still vital and sort of in the prime of her life.’ I wanted that to be evident, but also, I wanted you to feel the wear and tear of her life.”

Also Read: 'This Is Us' Season 2 Finale: That Cliffhanger Means We're Going Back to the Future - Right?

And to say that Bec has had it rough would be an understatement. “I think there is a fundamental difference [between old and young Rebecca] and that is she lost the love of her life and nothing is ever the same,” Moore said. “She is able to have moments of joy and celebration, obviously. But I just think that a part of her is forever missing. And it’s not lost on me.”

This season, Moore said that the stakes “felt a little higher” after the critical success of the first season, which garnered 10 Emmy nominations and two wins, one for guest star Gerald McRaney and one for Sterling K. Brown in the Outstanding Lead Actor in a Drama Series category.

“I kind of felt like we were all kept on our toes thinking, ‘Well, we don’t want to disappoint people,'” she said of Season 2. “‘We don’t want to let them down and for them to think that it was a fluke. We have to really deliver on this.'”

Judging by those TV ratings alone, “This Is Us” continued to deliver for NBC this year. And judging by screen time, Moore is doing more than her fair share, as Rebecca tends to be the one constant wherever we are in the timeline.

Also Read: 'This Is Us' Season 2 Finale: Here Are Our Best Possible Explanations for an Elderly Jack Pearson

She and Ventimiglia handle the past with the teenage versions of their children, and she also jumps ahead to the present with the 30-something Pearson siblings, Randall (Brown), Kate (Chrissy Metz) and Kevin (Justin Hartley), along with Randall’s wife, Beth (Susan Kelechi Watson), and Kate’s new husband, Toby (Chris Sullivan).

“I joke with Milo all the time, ‘It’s two different shows,'” Moore said. “When it’s him and me and the kids together it’s one situation, which is a blast. I love Milo more than anything and he’s one of my favorite people on the planet, and it’s so easy and comfortable and I don’t even think about it.

“But it does feel different than working with everybody else, because it’s inherently a little lighter and funnier,” she added. “When I’m with those guys it’s usually all of us together, it’s Sully and Chrissy and Justin and Sue and Sterling and it’s like everyone is jovial and joking around and it’s kind of a different effervescent energy. I think, in that sense, I get to be part of two different casts.”

Two different casts, both doing their darnedest to make you cry.