For a few seasons now, viewers have known that Kate’s relationship with Toby on “This Is Us” ends in divorce. And in Tuesday night’s new episode of the NBC drama, viewers finally saw the pivotal moment in the TV couple’s time together that turned the tide, as their planned romantic weekend ended in a betrayal and an argument with words no one could take back.

(Spoiler alert: This story contains plot details from “This Is Us” Season 6, Episode 9, “The Hill.”)

Chrissy Metz, who plays Kate, co-wrote Tuesday’s episode alongside Casey Johnson and David Windsor. And, she broke down all of the big moments from “The Hill” — including that affirming final sequence for her character — in a new interview with TheWrap.

TheWrap: Going into cowriting this episode, and knowing it was such a Kate-centric episode — all the Kates — was there something you wanted to get in there that you hadn’t gotten in the show before?

Chrissy Metz: You know, no, because there’s an outline. I definitely wanted a therapy scene, and I didn’t write the therapy scene, but one is coming. … Couples therapy to me is one of the most fascinating things, but as far as this particular episode, I was so happy to see the old Toby. It was just such an interesting way to tell the story of her nostalgia and her reminiscing about who the man she once married was and how different he is now, and that’s such comfort for her and it’s such a foundation for her that it’s something she has a really hard time letting go of. And obviously, they did such a cool job with putting Chris [Sullivan] back in all of his – he shaved his beard and they gave him … different hairpieces and costume and it was really, really special to have that because it’s almost like a homecoming, but also a goodbye, for me as Kate and for me as Chrissy. 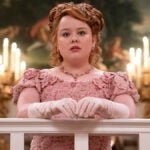 Awww … Was it feeling like Season 1, seeing him look that way?

Yeah, it’s like, ‘Oh wow!’ It also made me realize just how much he’s changed and how much Kate has changed, and even if he wasn’t the guy that she wanted to be with forever, because I think a part of her knew that like, hopefully they were both going to evolve and change, I just don’t know if she ever anticipated it was going to be this much. But I think, if I was honest, I don’t know if Kate would still want to be with that old Toby anyway. Just so crazy to think about as well.

Just like no one would really want to be with Tyler Durden.

Who came up with the ‘Fight Club’ idea [of using old Toby as Kate’s Tyler Durden]? That was obviously genius.

It was sort of in the outline. So what happens is all the writers get together and Dan [Fogelman, ‘This Is Us’ executive producer], this is his baby so from Day 1, [he’s] always had a loose idea of what he wants to happen, and then it went into, ‘Oh, well, what about showing old Toby being the Tyler Durden, blah, blah, blah?’ And I don’t know whose idea it was specifically — and it was a smart idea — but it was fun for me to write the old Toby stuff.

So like all the scenes when they were like post-coital bliss and he’s making fun of the new Toby, that for me was an important scene to write because when you’re pissed off and you’re upset, you tend to sort of act out with humor. You either laugh or you cry … [and in that scene there were] all the insecurities that start coming to the surface even if they’re not true. … So that was a fun scene for me, too, to write. But I don’t know if it was Dan’s idea? Now I’m going to find out. 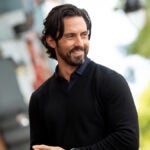 Obviously the big, pivotal moment in this episode that changes everything for Kate is when Amir tells her that Toby had turned down this job in LA.

Can you tell me about filming that scene with Chris because I just wanted to shut the door in [Toby’s] face.

Yes. I think a lot of people are going to want to and then, of course, men or other people who side with him will say, ‘Well, how could he have told her if it wasn’t even worth it? Why would he bring it up and make it a hassle and be stressed?’ But the whole point is that, I believe, he hasn’t been honest [about] several things. He never really, until she pried, was honest about going to the gym and working out and losing weight. And of course when you’re in a relationship, as much as he wanted to do that for himself, for whatever his motivation was, for him to keep it a secret — not that she’s building a case — but there are things that you probably should talk about in a relationship.

Then he says, ‘You’ve gotta get on board.’ And he disses her career like it is nothing.

Right. Exactly. And whether that’s his justification as far as keeping his job and making sure that he’s the provider– When you can’t make somebody else happy with monetary things, whether it’s security as far as a home, or being a ‘good husband,’ you’re like, ‘Oh I can’t save this? I can’t salvage this? Oh, OK then. I’m just gonna give it a little gut punch,’ because what else could he have said? Not that I’m justifying it, but I think that, that was his justification and it’s hurtful and it’s like whether or not she hasn’t made a lot of money in the relationship and he was resentful of that, that’s something he could have brought up to her years ago. We always sort of harbor resentments in relationships that we don’t realize until we implode or until we reach a boiling point that they have to be said. So I wonder, did he have these issues with that before, and now that she’s happy and he has nothing to do with it, does he feel some kind of way about that?

But it’s not kind and she’s like, ‘Why would we completely uproot our family because you got a job somewhere?’ And then, he’s happier than he’s ever been, which she confronts him with that and he doesn’t know what to say. It’s like, ‘Wow. There it is.’ And that’s just how some relationships go and if there’s not an understanding or a compromise, and not to say that either one of them should compromise, because they shouldn’t, it’s just really unfortunate. 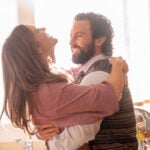 Also Read:
Dan Fogelman Says His Impending ‘Midlife Crisis’ Could Lead to a ‘This Is Us’ Movie

Chrissy, tell me what the hill represented to her because it’s the only version of Kate that accomplishes, in the three different parts of Kate’s life [in the episode — swimming, climbing the fence at the closed pool, and as an adult in San Francisco at the bottom of the hill], it’s the one thing she accomplishes.

Yeah. I think that when we look back and we go to all the versions of Kate, she’s thinking of all those particular incidents and her dad holding her and her thinking, ‘Oh my gosh, I can’t do anything without somebody else. I’m never going to be able to accomplish anything. Why would I let go of what I have right now, so perfect with my dad?’ And all the guilt and the shame she had about her father’s death and letting all that go — all of it — this is like a culmination of like her entire life and realizing that she’s got to be the one to show up for herself and she’s got to be the one to believe in herself because nobody else is going to do that. Her father did, but he’s no longer there and it represented so much for her. And her just step by step just making it about her and actually putting herself first and saying, ‘OK, I can do this. If I actually just made a concerted effort and I put myself first, maybe I could have the things that I want and maybe I could be courageous enough just to continue to do it.’ And I think because of everything she’s come [out] on the other side of, whether it’s the complication of Mark or the miscarriage, or really shining as a mother with a child with disabilities and showing up for him in ways she never thought she could, she’s built this confidence. She’s like, ‘Oh sh–. Maybe I, maybe I can do this. And maybe nobody else believes me, but I believe in myself for the first time.'”

“This Is Us” continues Tuesdays