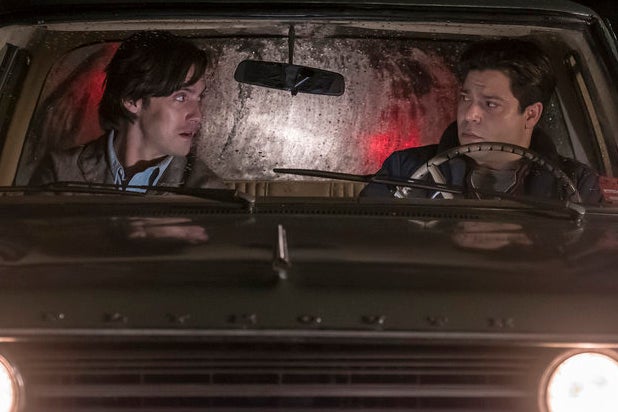 Tuesday’s “This Is Us” season finale just broke its own TV Ratings records by double digits.

The freshman drama scored a 3.4 rating/11 share in the key 18-49 demographic and landed 12.8 million total viewers, according to preliminary numbers. Last week, the Season 1 penultimate episode put up a 3.0 rating in the main demo and had 11.2 million total viewers. Those were the previous high-water marks for the freshman series.

Doing a little math, that means “This Is Us” shattered its previous demo record by 13 percent and topped total viewers by 15 percent. Those numbers also make the episode NBC’s top-rated in-season Tuesday scripted show in almost eight years, since “Law & Order: SVU” on May 5, 2009, which posted a 3.7 demo rating. It’s also the most-watched one in nearly nine years, since an April 15, 2008 “SVU,” which hauled in 13.3 million overall audience members.

Tuesday’s season-ender was the highest-rated drama on any broadcast network in five months, since the October 12 “Empire,” which earned a 3.5 rating. Pretty good company to be in.

All told, when combined with lead-in “The Voice” and the decent two-episode debut of new sitcom “Trial & Error” (which averaged out to a 1.2 rating and 5.3 million total viewers), NBC won another Tuesday primetime in the main demo. CBS topped the night among total viewers, thanks to eyeball-giant “NCIS.”

Nielsen’s numbers have been delayed for days due to a Florida power outage at the TV ratings currency company’s data collection headquarters. Clearly, they’re now catching up.