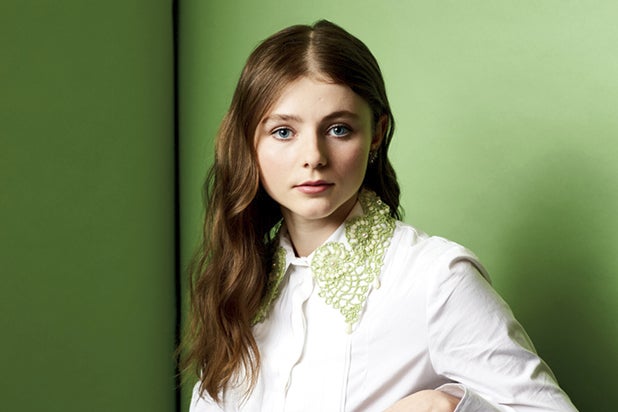 A version of this story on Thomasin McKenzie and “Leave No Trace” first appeared in the Actors/Directors/Screenwriters issue of TheWrap’s Oscar magazine.

When she was a young girl in New Zealand, Thomasin McKenzie wasn’t sure what she wanted to be when she grew up. But she knew what she didn’t want to be.

“My grandma told me that one day she asked me if I wanted to be an actor, and I listed every single thing I did want to be: vet, firefighter, teacher, zookeeper … ” the 18-year-old star of Debra Granik’s “Leave No Trace” said. “And at the end, I said, ‘I do not want to be an actress.'”

In part, that was because McKenzie’s mother, Miranda Harcourt, was an actress and her father, Stuart McKenzie a theater and film director. But by the time she was 13, she’d embraced the family business after playing a girl repeatedly raped by a policeman in a film called “Consent: The Louise Nicholas Story.” “It was a really heartbreaking story, but I came out of it thinking that acting gives me an incredible opportunity to have my voice heard,” she said.

In “Leave No Trace,” McKenzie plays a girl whose father, a vet suffering from PTSD played by Ben Foster, has raised her off the grid in a forested area. It’s a quiet film, but one in which the familial bond between father and daughter is palpable and deeply affecting.

“I loved the simpleness of it, and the fact that it was the complete opposite of a Marvel film,” she said. “There weren’t any explosions — it was truly following the life of a dad and a daughter. And also, I was really attracted to the fact that there weren’t any villains or antagonists or bad guys. Everybody was trying to do their best.”

The challenge was physical, with McKenzie and Foster learning to live in the wild. “In the rehearsal we were making fires, trudging through the forest and stuff, which I love,” she said. “But I definitely got some blisters and a few cuts, one of which I’ve still got a scar from.”

But the film also presented an emotional: It was the first movie she’d ever made in America, and her parents were both working in New Zealand at the time. “I had a close family friend with me, but it was hard being away from my  family,” she said.

And then there was one extra factor, because the last Debra Granik movie to star a little-known actress in her teens was “Winter’s Bone,” and the actress in question was Jennifer Lawrence.

“Yeah, that did add some pressure,” she said. “Maybe people kind of expected something from me, I guess. But I tried not to focus on it.”

She laughed. “I’d just be stoked if Jennifer Lawrence has seen ‘Leave No Trace.'”