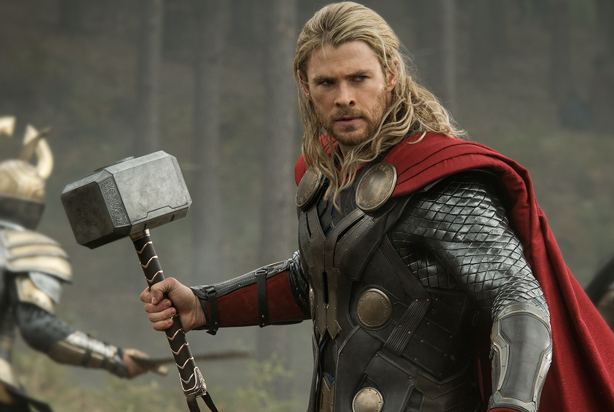 “Thor: The Dark World” opened to a mighty $7.1 million in  Thursday preview showings, more than double the amount the first film in the series racked up in its late night debut two years ago.

The latest adventure featuring the hammer-wielding thunder god now expands to 3,841 theaters in the United States, where analysts think it could rack up between $85 million to $90 million-plus during its opening weekend.

“Thor”s’ opening could not match the  $15.6 million “Iron Man 3” took in during its Thursday night screenings in May, nor could it top the $18.7 million Thursday launch of  “The Avengers.” However, it was a far stronger showing than previous Thursday preview grosses for “Thor” ($3.2 million) and “Captain America: The First Avenger” ($4 million). Like the latest Iron Man sequel, the new Thor adventure appears to have benefited from a post-“Avengers” bump.

The film is already a hit in foreign markets like the United Kingdom and Russia, where it has brought in an estimated $10.9 million at the box office on Thursday. Its estimated international box office take now stands at $152.8 million.

In addition to the United States, “Thor: The Dark World” will open in China on Friday along with a number of smaller markets in Latin America. The only major territories where it has yet to open are Argentina, Italy and Japan.

Reviews for the film, which stars Chris Hemsworth and Natalie Portman, have been respectable — “Thor: The Dark World” currently holds a 67 percent “fresh” rating on critics aggregator Rotten Tomatoes.