Another Marvel film has taken a sharp second weekend drop as “Thor: Love and Thunder” is estimated to earn $45 million, a 68% drop from its $144 million opening.

The estimate comes after “Love and Thunder” earned $13.8 million on Friday, which is 66% down from the $40.5 million that it grossed on its opening Friday minus Thursday previews. By comparison, “Jurassic World: Dominion,” which opened to $145 million in June, had a 59% drop and a second weekend total of $59.1 million, and the 68% weekend drop would be roughly the same to what “Doctor Strange in the Multiverse of Madness” and “Eternals” earned in their second frames.

Despite the drop, “Thor: Love and Thunder” will easily hold on to the No. 1 spot with a domestic estimated total of $232.8 million through Sunday. 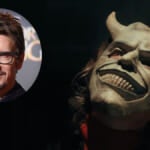 Among new releases, Sony/3000 Pictures’ “Where the Crawdads Sing” is in third on the box office charts with $7.2 million gross on Friday from 3,650 theaters and an estimated opening of $15.5 million, beating pre-weekend projections for a $10 million start. The Reese Witherspoon-produced drama has a budget of $24 million before marketing and has been embraced by fans of Delia Owens’ novel with an A- on CinemaScore and a 95% audience score on Rotten Tomatoes despite a 35% score from critics.

Paramount’s “Paws of Fury: The Legend of Hank” is opening below pre-weekend projections and outside the top five with $2.4 million grossed from 3,475 theaters on Friday and an estimated $6.2 million opening. Family audiences have given the “Blazing Saddles” adaptation an A- on CinemaScore but Rotten Tomatoes scores are mixed at 53% critics and 62% audience.

Despite the low figure, “Paws of Fury” should still get out of the red for Paramount as the studio only paid a $10 million acquisition fee to GFM Animation for the film. In the meantime, the studio’s record-breaking hit “Top Gun: Maverick” is still in the top five in its eighth weekend with $11.7 million. Having already passed the original theatrical run of “Titanic,” “Top Gun: Maverick” will pass “Star Wars: The Last Jedi” this week to become one of the top 10 highest grossing films ever in North America. 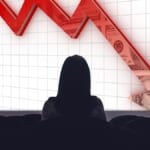