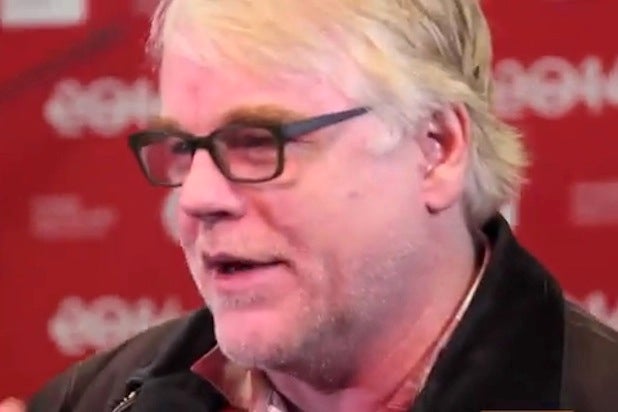 Three people, including a struggling jazz musician with industry connections, have been charged with drug possession after being detained in an investigation into the death of actor Philip Seymour Hoffman, a New York Police Department spokesman told TheWrap on Wednesday night. A fourth man was arrested and released after charges were dropped.

The drug possession charges stem from narcotics found in a Tuesday night raid, and have not been connected to Hoffman’s death. Charged were Robert Vineberg, 57, after the sweep found more than 350 packets of heroin in his apartment; and 22-year-olds Max Rosenblum and Juliana Luchkiw, though only a small amount of cocaine was found in their apartment the same NoHo building.

Thomas Cushman, 48, was also taken into custody in the raid, but charges against him were dropped.

Citing anonymous sources, the Post reported that cops found Hoffman’s cell number on at least three of those people’s phones. The report also said police had set up a daylong stakeout at the building after a known heroin user tipped off police that he’d seen Hoffman buying drugs there months ago.

Vineberg, a struggling jazz musician who reportedly had once recorded with Amy Winehouse, was arraigned Wednesday in Manhattan Criminal Court on charges of intent to sell heroin and felony possession. His stepdaughter, Christina Soto, told the Daily News that her stepfather and Hoffman had known one another for months – though she insisted he hadn’t sold the actor the drugs that killed him.

The connection to Rosenblum and Luchkiw, an art student, seemed more tenuous – they were charged with misdemeanor possession but were still in custody in a highly unusual legal move. The criminal court judge said she couldn’t consider bail because all three cases had already been indicted – before the arraignment hearing even took place – and were now in the hands of the Manhattan Supreme Court.

“Why is this happening?” Luchkiw said at her arraignment, according to the Post. “I can’t stay here another night!”

Daniel Hochheiser, lawyer for Rosenblum, had choice words for the judge after hearing the news.

“Searching for a scapegoat to solve the overdose of an addict is a fool’s errand,” he said. “I can only believe (this) is driven by the media attention.”

Hoffman, a star whose work in films such as “The Master” and “Capote” was greatly acclaimed, was found dead in his West Village apartment of a presumed heroin overdose Sunday. Initial autopsy results were inconclusive on Wednesday, and further tests will be required, the New York medical examiner told TheWrap.