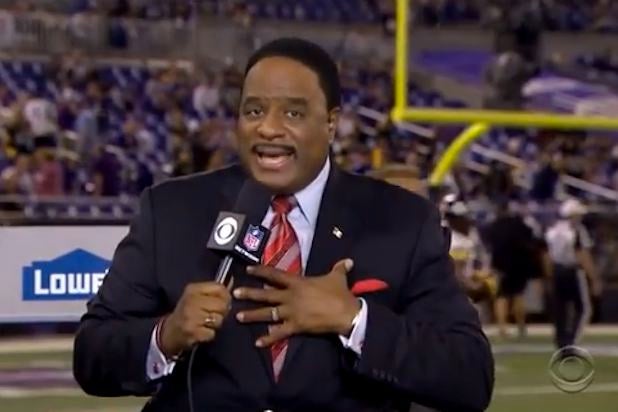 Doubling down worked out well for “Thursday Night Football.”

Thursday night’s game between the Pittsburgh Steelers and Baltimore Ravens — the first edition of “Thursday Night Football” to air on both CBS and the NFL Network — averaged 20.8 million total viewers, according to preliminary numbers.

That number represents an 89 percent jump over the comparable game last season, a Sept. 12, 2013 matchup between the New York Jets and New England Patriots, which averaged 11 million viewers on NFL Network.

The strong interest in the Ravens’ action on the field may have been boosted by the national attention on former player Ray Rice during a week that has been dominated by his domestic abuse scandal.

In household ratings, Thursday night’s game averaged a 12.7 rating, an 84 percent boost over last year’s comparable game, which had a 6.9 rating on NFL Network and over-the-air stations in the teams’ markets.

Also read: NFL’s Best and Worst Week Ever: Here’s 9 Things You May Have Missed During Ray Rice Scandal