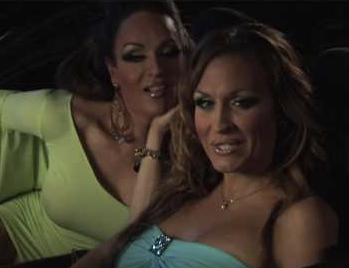 "Ticked-Off Trannies With Knives" follows three transsexuals who exact gruesome revenge on the men who attack and murder some of their friends. The violent horror pastiche recently was picked to screen at this year’s Tribeca Film Festival.

Its selection has triggered a protest by the Gay & Lesbian Alliance Against Defamation (GLAAD), who label the film as exploitative and demeaning toward the transgender community.

GLAAD is calling on festival organizers to drop the film from its schedule, the group announced on Thursday. It also is exhorting its members to call representatives of the festival and object to the film’s inclusion in Tribeca’s lineup.

“There is nothing funny about the murders of the countless LGBT people who have fallen victim to hate-motivated violence,” GLAAD President Jarrett Barrios said in a statement. “Because of its positioning as a transgender film, viewers unfamiliar with the lives of transgender women will likely leave this film with the impression that transgender women are ridiculous caricatures of ‘real women.’ It demeans actual transgender women who struggle for acceptance and respect in their day-to-day lives and to be valued for their contributions to our society.”

Beyond the depiction of transgender women, the group said the film and its marketing campaign sensationalize anti-transgender violence. In particular, they object to the use of the term "trannies," which they maintain is a pejorative term for transgender people.

GLAAD claims it reached out to festival organizers and the movie’s director Israel Luna, but both camps have been unresponsive to the organization’s concerns.

“The filmmakers provided a copy of this film to GLAAD in February, and for weeks the organization had been supportive to the filmmakers," a representative of the Tribeca Film Festival told TheWrap. "In fact, GLAAD representatives advised the film’s producer, director and cast on how to describe the film to its core constituency. Tribeca is proud of its ongoing commitment to bring diverse voices and stories to its audiences, and looks forward to the film’s premiere at our Festival next month.”