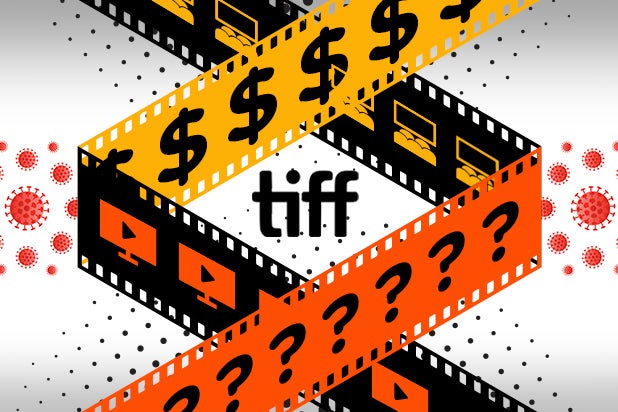 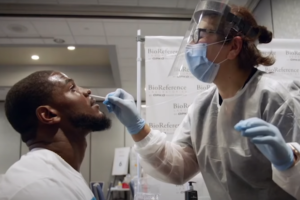 The coronavirus pandemic has negatively impacted Hollywood companies big and small, yet the industry is heading to Toronto — at least, virtually — to screen new films and acquire content that is so desperately lacking due to production shutdowns and theater closures.

Even though there have been financial hardships throughout the film industry, many distributors — including those focused on traditional theatrical releases — expect to pull out their wallets at the Toronto International Film Festival this year, producers and acquisitions executives told TheWrap. They just might not shell out $17.5 million, as distributors have done in the past for Nate Parker’s “The Birth of a Nation” in 2016 and the Andy Samberg-Cristin Milioti rom-com “Palm Springs” earlier this year.

“We’ve made a lot of sales over the pandemic, and we’ve been hearing from distributors that they need content because of the lack of production,” said Deb McIntosh, SVP of Endeavor Content’s film group, which is selling hot titles like “Good Joe Bell” and “Concrete Cowboy.” “They are definitely going to be looking, both in the theatrical and streaming space. I find it likely we will be engaged on every title and figuring out who is going to be the right fit… every distributor has their own unique model and capabilities.”

Saban Films President Bill Bromiley, who is heading to the festival to acquire content, agreed, noting that it’s a strong sellers’ market because there’s generally less product available. And he’s not worried about the festival going virtual this year. If anything, he believes it will streamline the process of dealmaking. “Distributors need to have product in their pipeline — the situation is not as bad as one would have thought,” he said. “It’s going to be a faster-paced market, it’ll be more efficient, and I think it’s going to be just as easy, if not easier, to get deals done.”

The fact that bigger indie studios have not been able to put new projects into production also raises the stakes for films that are already in the can.

“All the buyers are hungry,” said ICM agent Kristen Konvitz, who is repping films such as Sebastian Stan’s “Monday” and Diego Boneta’s “New Order.”

Collectively, they are starting to see the light at the end of the tunnel and are eager to screen films to start filling the dearth of content we all anticipate in 2021. The start of production has been met with more difficulty than anticipated, and there is not going to be new, finished material for some time. So, whereas a lot of buyers were looking toward pre-buys at the Cannes market, they are now shifting focus to finished films to fill their more immediate pipeline. An interesting byproduct of all this has been buyers really looking outside their usual mandates and considering films they would have normally passed on and exploring ways to get creative with releases.”

But while distributors on every level are in dire need of content, the question remains: Do companies have the money to spend this year given the widespread lack of box office revenue for much of this year?

“It’s a sellers market. Everyone knows they need content, and there won’t be much of it, but do people have money?” added Conor Allyn, who is selling the worldwide rights to his film “No Man’s Land” at TIFF. “It’s kind of a feast or famine situation, depending on which business you are in and whether you were lucky enough to not get crushed by the pandemic… If you’re in the streaming and VOD business, this is a feast for you. If you’re in theatrical, you’re in this horrible limbo. Do you have a war chest so you can keep acquiring content, and if you do, when can you release it and how? Some companies just can’t maximize their VOD footprint.”

Also Read: Fall Film Festivals Struggle for Relevance in the Year of Coronavirus 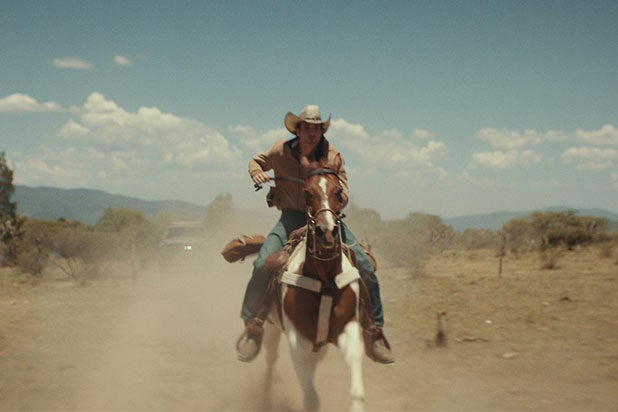 He added, “Ultimately, there is less money in the world right now and the biggest entertainment companies have taken big hits, so the total amount they have to spend is just less. I do think getting a $20 million deal is going to be very difficult, to take that risk right now.”

Bromiley agreed: “I don’t think we’re going to see big financial deals going down like we have in markets passed.” However, Konvitz feels “confident we will be seeing big numbers” if there are films that resonate with buyers.

Some sales agents see challenges in the prospect of a virtual sales market — without the festival audiences driving up interest in hot titles.

“There really is no substitute for that special buzz and feeling you get from a big premiere at a major festival like Toronto or Telluride,” ICM Partners agent Oliver Wheeler said. “From a sales perspective, having all the buyers in the same room, along with an excited, passionate and knowledgeable festival audience is usually the optimal way to launch a sale. Not having that option has forced us to look at creative ways to try and re-create some of those benefits, whether it be through virtual screenings, drive-in screenings for buyers, or limiting screening windows to try and create a sense of urgency.”

The streamers, particular Netflix, are in a great position heading into this year’s sales market, according to the insiders. At this year’s Sundance, the company acquired three movies, including Radha Blank’s “The 40-Year-Old Version,” the documentary “Mucho Mucho Amor” and “His House.” But in recent years, Netflix has also shifted more towards producing original content than acquisitions, a strategy that is jeopardized in the current climate where productions are shut down.

“They have and continue to have a well-funded, aggressive plan of original content, that’s not going to change, but like everyone else, they’ve had to sit on the sidelines and not have the originals that should’ve been made over the past few months, and they’re going to have holes in their slate,” said Allyn, who runs film and TV production company Margate House Films with his father, Rob Allyn, and his brother Jake Allyn. “The longer the production slowdown continues, they are going to have to start shifting back into spending more on acquisitions… Ultimately they have the most money and they will write a bigger check.”

Bromiley added, “With the streamers, it’s business as usual, provided the product is there to buy for them.”

But while streamers are arguably in a much better financial position that most theatrical distributors at the moment, it’s a different story for the indies that used to dominate the festival sales market. “Traditional theatrical distributors, especially those that are unable or unwilling to pivot to digital release strategies are obviously very challenged right now,” Wheeler said, “and the streamers up until this point have been more focused on acquiring bigger studio films that weren’t able to be released for obvious reasons.”

Still, insiders identified three companies with a traditional theatrical release model that have done as well as can be in the pandemic: IFC Films, Saban Films and RLJE Entertainment.

IFC, for example, monetized the release of “The Rental” by offering drive-in screenings as well as VOD, which resulted in $420,871 in box office over its opening weekend, while also becoming the top-rented film on Apple TV and iTunes. It became the second film to ever top VOD charts and the box office in the same weekend.

At the same time, RLJE Entertainment released Shia LaBeouf’s “The Tax Collector” on VOD and in limited theaters, earning the film $942,666 and a no. 1 spot at the box office.

Saban Films was able to gross their second highest box office ranking since 1995 even at a time when theaters were closed with August’s “The Silencing,” which grossed $100,000.

“IFC found new ways to get revenue, and the big streamers have seen some growths in their business, and PVOD has been good for smaller independents,” Endeavor Content EVP Alex Walton told TheWrap. “It’s not just streamers — there are many other businesses that have really prospered.”