For those who only know Tiffany Haddish from her breakout role in the 2017 comedy “Girls Trip,” she may not seem like the obvious choice to host ABC’s squeaky-clean revival of “Kids Say the Darndest Things.”

After all, her most memorable scenes in that movie — unleashing a full bladder on an unsuspecting crowd from a zip line, articulating gruesome and explicit plans to torture a man with a Q-tip, demonstrating how to use breakfast fruit to pleasure a sexual partner, etc. — are hardly what you’d call family-friendly. But spend some time talking to the comedian and you’ll find she may be more naturally suited to this new role than any other.

“It gives kids a voice,” Haddish said of her new gig in an interview with TheWrap. “You hear how children are thinking, and that’s one of my favorite things in the world. I feel like they’re the best comedians on Earth.”

Haddish has spoken openly about growing up in foster care and grabbing onto humor as a method of coping with difficult circumstances. To this day, it’s not hard to hear strains of that optimism in her comedy, the sense that she’s just happy to be here, making people laugh and having a good time. Think of her catchphrase — “She ready!” — which Haddish sings like a boast among friends.

“The adults around me were more of the ‘kids should be seen and not heard’ type,” Haddish said. “I totally disagree with that. I think kids should be heard.” She paused. “And often seen, but if I could just hear them from the other room while I’m in here laying down, that would be fine.” 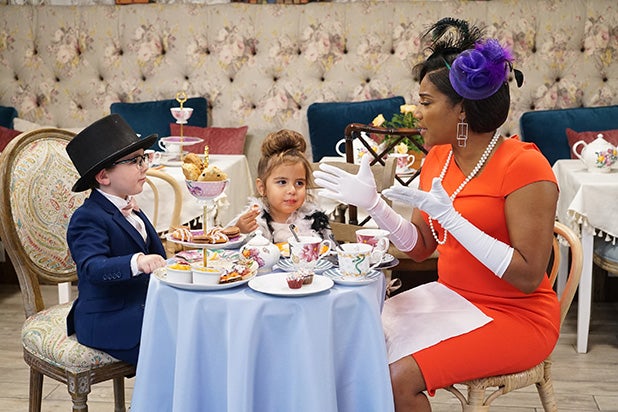 “Kids Say the Darndest” things originally ran as a segment on the 1950’s variety show “House Party,” hosted by the radio and TV personality Art Linkletter, with the premise that, given a microphone and a platform, children will naturally say funny things. (A 1998 iteration of the show hosted by Bill Cosby goes unmentioned in the promotion of Haddish’s version.)

The format asks a lot of its kid guests — who gamely appear on stage in front of a live studio audience — but also of its host, a hybrid interviewer-emotional support role that Haddish likens to a school teacher.

Also Read: Tiffany Haddish and Rose Byrne Square Off Against Salma Hayek in 'Like a Boss' Trailer (Video)

Haddish, for her part, is a natural, with past experience working odd jobs as a babysitter, an activity coordinator, a bar mitzvah entertainer, etc. clearly serving her well. “I’ve been working with kids for pretty much the majority of my life,” she said. “I feel like they’ve always been around.”

And while her on-stage persona is big, ready to bowl you over with the force of her brash charm, Haddish’s first priority here, she says, is making sure the kids feel comfortable. “Body language is everything, and energy is so important. It’s kind of like when I’m around dogs,” she said, before interjecting with a laugh: “Oh my god, that’s horrible.”

“But you let them look in your eyes and see what your intention is … let them know, ‘Hey I’m here with you.’ Smile at them, let them smile at me. Maybe I make a silly face or they make a silly face,” she said. “And then, hey, we can have a conversation. We’re connecting.” 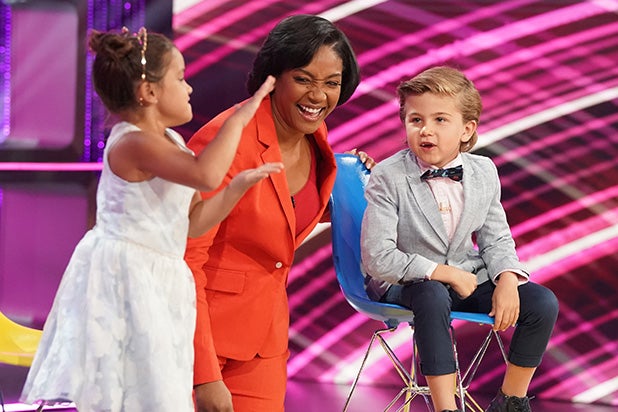 Haddish recalled one segment where a 6-year-old boy tried to give Haddish a toy bug as a gift. One of the other kids featured, a girl who had turned down an offer to be the boy’s girlfriend backstage, snatched it out of her hand. The boy started crying on stage.

“He just bawls out,” Haddish said. “And I’m just like, oh my god this poor little boy, I hope I’m not ruining him. He’s gonna think all women are mean. So I give him a big hug, I hold him, ‘Don’t worry I got the bug, it’s my bug, I love this bug, I got you.’ Not until the girl goes, ‘Okay, I’m your girlfriend, relax.’ Then, he completely stops crying … it was crazy.” 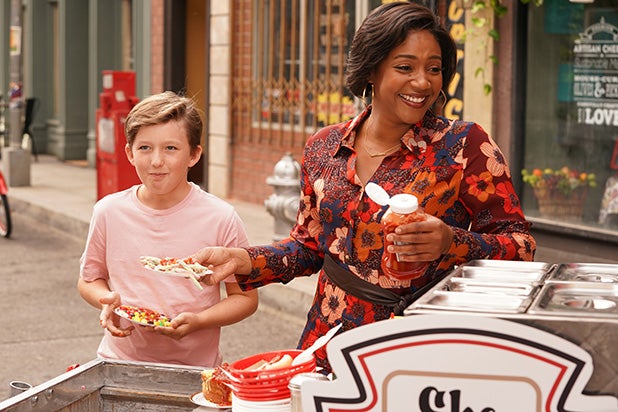 In the two years since “Girls Trip,” Haddish has taken on a wide range of projects, and she can reliably be counted on to steal the show. But whether its starring alongside Kevin Hart and Tracy Morgan in comedies like “Night School” and “The Last O.G.,” or voicing one of the leads in Netflix’s heady and outlandish “Tuca & Bertie” alongside fellow stand-up Ali Wong, or teaming up with Elisabeth Moss and Melissa McCarthy for the crime drama “The Kitchen,” Haddish still seems to have a preference for the ensemble.

“Does it entertain me? That’s number one,” Haddish said of how she goes about selecting her projects. “Do I feel entertained? Do I feel like this is something that would really get me going, creatively? And then I’m like, who else is doing it?”

Also Read: Chris Hemsworth and Tiffany Haddish to Star in Buddy Cop Movie 'Down Under Cover'

With projects like “Kids Say the Darndest Things” and “They Ready” — the Netflix stand-up series showcasing women comics which she also hosts and executive produces — Haddish, who grew up feeling silenced by the adults around her, has demonstrated a commitment to using her stardom to showcase the voices of others.

“What kind of joy does this bring? Does it make the earth better or does it make it worse?” she said, continuing her list of priorities. “Or does it just make everybody have a good damn time?” 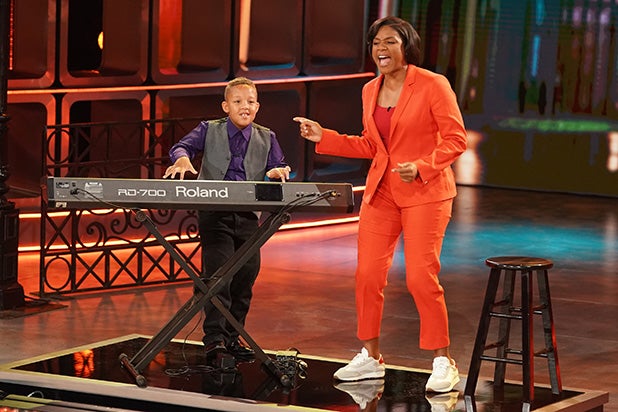