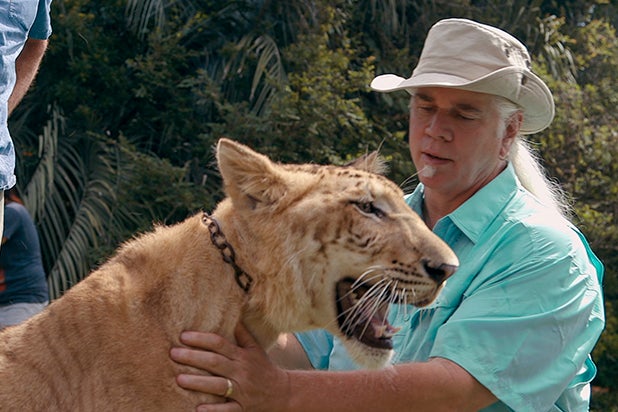 Bhagavan “Doc” Antle, one of the stars of the hit Netflix docuseries “Tiger King,” has been indicted on 15 charges, including two felony counts of wildlife trafficking and conspiracy to wildlife traffic, the Virginia attorney general announced Friday.

A self-described conservationist, Antle is the owner of the Myrtle Beach Safari in South Carolina. The office of Attorney General Mark Herring said the indictments came after a months-long investigation into illegal lion cub trafficking, which culminated in a raid of Antle’s park back in December. Two of his daughters, Tawny Antle and Tilakam Watterson, have each been charged on two misdemeanor counts of violating the Endangered Species Act and animal cruelty.

According to the attorney general, Ankle and Keith A. Wilson, owner of Wilson’s Wild Animal Park in Virginia, illegally trafficked lion cubs between their two parks. Antle previously told Myrtle Beach’s WBTW News13 that he took three cubs from Wilson’s park after it was shut down by authorities.

In 2019, Wilson and his nephew Christian Dall’Acqua were indicted on 46 counts of animal cruelty last November after the Herring’s office seized 119 animals from his park, including lions, tigers, bears, camels, goats, water buffalo and more. A judge ordered the seizure, saying that Wilson “cruelly treated, neglected, or deprived the animal[s] of adequate care.”