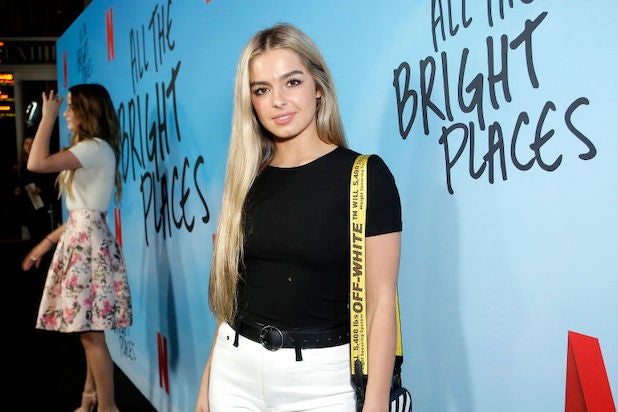 TikTok star Addison Rae Easterling is set to make her acting debut in “He’s All That,” a remake of the beloved ’90s classic “She’s All That.”

Easterling, with 60 million followers on the platform, will take on the role of Zackary Siler, played by Freddie Prinz Jr. in the original film. Mark Waters (“Mean Girls,” “Freaky Friday”) is directing, and R. Lee Fleming, who wrote the screenplay for the original film, is writing the fresh spin from the perspective of a teenage girl.

Original “She’s All That” producers Jennifer Gigbot and Andrew Panay will return as producers. Robert Iscove directed the original.

Also Read: Remake of Freddie Prinze Jr. and Paul Walker Movie 'She's All That' in the Works at Weinstein Co., Miramax

The story will follow an influencer who decides to avenge herself by accepting a challenge to turn the school’s biggest loser into the prom king.

“This reboot is a welcomed step towards a new generation of Miramax storytelling, part of our greater strategy to leverage our existing library with fresh, re-imagined content in both film and TV,” Miramax CEO Bill Block said.

The remake was first announced in 2015, when Kenny Leon was attached to direct.

A recent Forbes article estimated that Easterling is the highest-paid TikTok star, and this casting makes Easterling one of the first TikTok stars to star in a major motion picture. She is represented by WME, Nixon Peabody and The Lede Company.