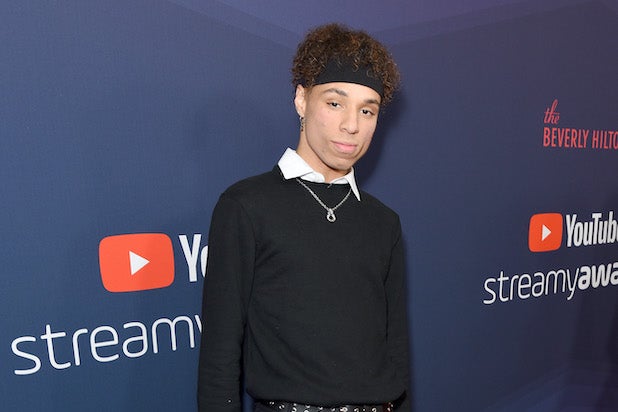 Larri “Larray” Merrit, the TikTok and YouTube star as well as comedian and rapper, will team up with the studio behind FaZe Rug’s “Crimson” and the Michael Bay-produced “Songbird” for a comedy time travel feature film.

Larray will play a fictionalized version of himself in the untitled feature in which he accidentally time-travels back to 1992 and has to survive the ’90s without his social media apps or online clout and find a way back to 2021.

The film is in development now and is currently looking for a director.

Larray has a social reach of over 29 million followers and just released a new music video, “Cancelled” featuring Addison Rae and James Charles, that landed him a Billboard Hot 100 hit and racked up 21 million views within days. Larray first went viral for his satirical rap “First Place” and inspired dance challenges across the internet.

Invisible Narratives, which is led by former head of Paramount Adam Goodman and Andrew Sugerman, on Thursday launched the horror film “Crimson” starring esports streamer FaZe Rug of the FaZe Clan. Reps said the film received “tens of millions” of engagements in the form of pre-orders and initial views on Thursday night. Over three million users of SnapChat used a custom Crimson SnapChat lens to go along with the film.