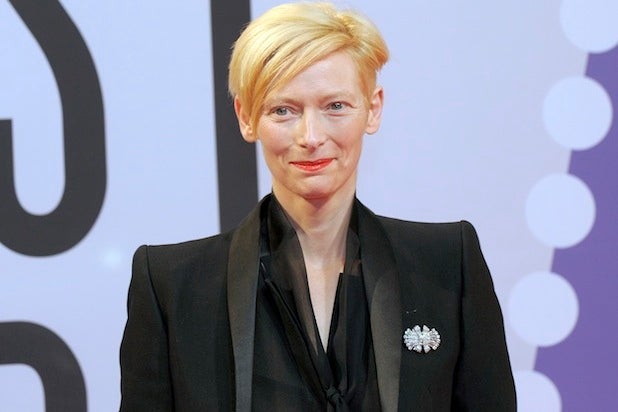 Tilda Swinton and director Bennett Miller will be honored at the 24th annual Gotham Independent Film Awards on Dec. 1 in New York City, the Independent Feature Project announced on Thursday.

The Gotham Awards are the primary East Coast award for independent film, book-ending an awards season for indies that concludes with the Film Independent Spirit Awards in Los Angeles the day before the Oscars.

Swinton will be given the Gotham Actor Tribute for 30 years of “powerful and iconoclastic performances,” according to the IFP press release. Her work includes Sally Potter’s “Orlando,” Jim Jarmusch‘s “Only Lovers Left Alive” and “Broken Flowers” and Derek Jarman’s “Caravaggio The Last of England,” “War Requiem” and “Edward II,” among many others. This year she appeared in Wes Anderson‘s “The Grand Budapest Hotel” and Bong Joon-Ho’s “Snowpiercer.”

Miller, the director of Sony Classics’ upcoming “Foxcatcher,” for which he won the best director award at Cannes, will receive the Director Tribute. His other films include “Capote” and “Moneyball,” both of which received Oscar nominations for Best Picture. He is a previous Gotham winner for “Capote.”

Gotham nominations are expected to be announced in late October.