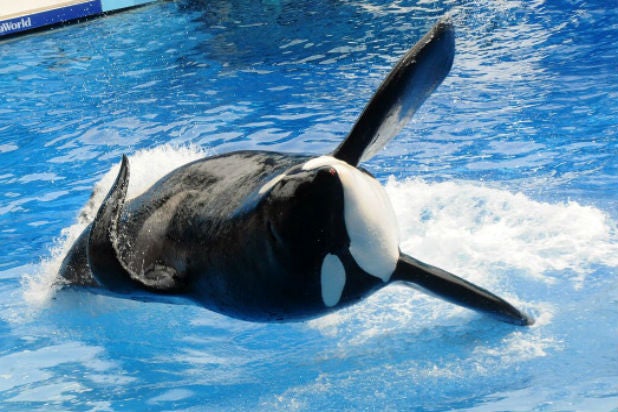 SeaWorld broke the news in a statement: “Tilikum passed away early this morning, January 6, surrounded by the trainers, care staff and veterinarians that provided him around-the-clock world-class care.

“Like all older animals, Tilikum had faced some very serious health issues,” the statement continued. “While the official cause of death will not be determined until the necropsy is completed, the SeaWorld veterinarians were treating a persistent and complicated bacterial lung infection.”

Tilikum was captured in the wild and was originally held in the Sealand park in Canada. He was transported to SeaWorld almost 25 years ago. He was estimated to be 36 years old.

The whale played a major part in “Blackfish,” which argued against keeping and breeding killer whales in captivity. As seen in the documentary, Tilikum was involved in the deaths of three people during his time in captivity, two of whom were his trainers.

Most disturbing of these was the death of Dawn Brancheau, a SeaWorld trainer whom Tilikum dragged off a platform in front of a live crowd and held under the water until she drowned.

From 'Making a Murderer' to 'JFK': 11 Movies and TV Shows That Caused Change (Videos)

With SeaWorld vowing to stop breeding killer whales in the wake of the “Blackfish” controversy, here are other films and programs that made a real-world difference

"Blackfish" -- The 2013 documentary "Blackfish," which blamed the death of a SeaWorld trainer on the increased hostility of killer whales held in captivity, proved to be extremely damaging to the park. Negative press and decreased attendance eventually led the park to bring an end to its orca breeding program.
View In Gallery