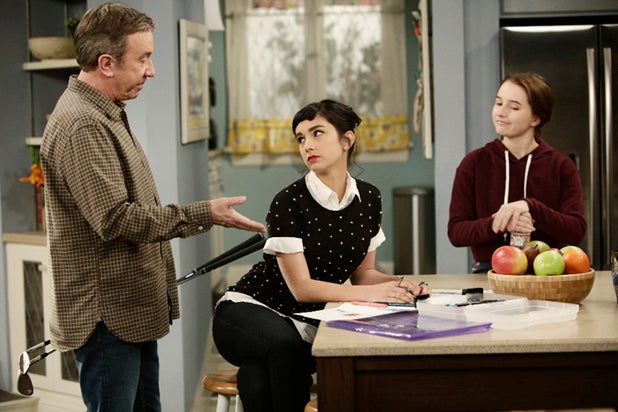 Just a year after being canceled by ABC, “Last Man Standing” has officially been revived at Fox.

The network announced on Friday that the Tim Allen comedy would return as part of its fall line-up for the 2018-19 season, with cast members Nancy Travis, Jonathan Adams, Amanda Fuller, Christoph Sanders and Jordan Masterson also set to return.

The decision comes after ABC caused an uproar with the show’s fans by announcing that it had been canceled despite its steady ratings (it averaged about 8.3 million weekly viewers on Friday nights when factoring in seven days of delayed viewing).

ABC Entertainment president Channing Dungey was forced to issue a denial after Allen, outspoken in his disappointment about the cancellation, suggested that his conservative politics may have been a factor.

The network’s decision largely came down to the fact that “Last Man Standing” was produced at an outside studio, 20th Century Fox, making the bar for renewal much higher. Its new home at Fox aligns the show’s network and studio, an increasingly common trend in broadcast where a vertically integrated ownership structure has become key to a show’s financial viability.

CMT also briefly flirted with saving the show last year, a deal which ultimately did not go through.

“Excited?” Allen said in a statement on Friday. “Team LMS was in the sixth inning, ahead by four runs, stands were packed and then for no reason, they call off the game. It leaves you sitting in the dugout, holding a bat and puzzled. Now we get the news from FOX that it’s time to get back out on that diamond – hell yes, I’m excited!

“When I heard the offer to create more episodes of ‘Last Man Standing,’ I did a fist pump so hard I threw my back out. It’s the fans! I could not be more grateful for the fans who wrote petitions and kept up the passion and incredible support for the show,” he continued. “And a fist pump, ouch, for Dana Walden and Gary Newman at FOX for not only listening to the fans, but for making the bold move to bring ‘Last Man Standing’ back. I’m sure audiences will be curious to see what we look like after all these years. Oh, has it only been one year? Well, just goes to show you – a lot can happen in a year.”

“‘Last Man Standing’ ended too soon and the outcry from the fans has been deafening,” said Gary Newman and Dana Walden, Chairmen and CEOs, Fox Television Group. “We’ve wanted to put the show back together since its final taping a year ago, and Tim never gave up hope either. Thanks to its millions of devoted viewers and the irrepressible Tim Allen, we haven’t seen the last of ‘Last Man Standing.'”

Allen may owe a debt to Roseanne Barr. Both are ’90s sitcom vets (her with “Roseanne” and him with “Home Improvement”) who are also among the relatively few open conservatives in Hollywood. The recent success of the “Roseanne” revival has proved that there is a huge market for sitcoms about blue-collar families, especially those with familiar stars. “Last Man Standing” fits the bill.