Depp plays: Benjamin Barker, a.k.a. Sweeney Todd, a barber married to a beautiful woman who gets attention from the town’s Judge and falsely accuses the barber of a crime he didn’t commit. After being exiled for 15 years, he returns to London as Sweeney to seek revenge on the Judge who stole his family away from him. 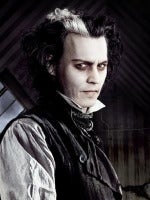 Depp voices: Victor Van Dort, a man living in the 1800s in a Victorian village, is betrothed to a woman from a high society family, Victoria Everglot. Practicing his vows, he suddenly finds he is married to Emily, the corpse bride — and he must choose between the two. 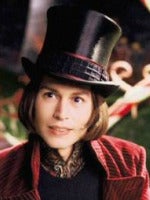 Depp plays: Willy Wonka, the owner of a chocolate factory, decides to allow five lucky children who win golden tickets into his fantastical world. Or maybe they aren’t so lucky.

Depp plays: Ichabod Crane has to journey through woods where decapitated bodies have been found to make his way to his true love.

Depp plays: The story of legendary director Edward D. Wood Jr., who has been called the worst director of all time for his work on "Plan 9 from Outer Space," "Glen or Glenda" and "Bride of the Monster." 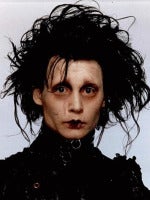 Depp plays: Edward has been created by an inventor and left with metal scissors for hands. He lives his life as a hermit until a woman named Peg discovers him and introduces him to the community. Dark craziness ensues.