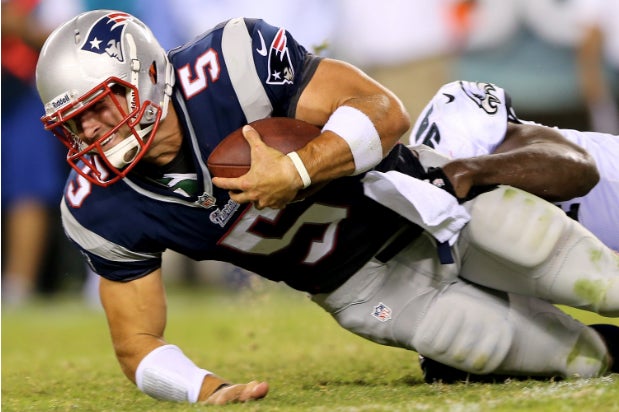 NFL quarterback Tim Tebow signed a multiyear agreement to join ESPN as an analyst for subsidiary SEC Network, the company announced on Monday.

Tebow will make his debut during ESPN’s pregame coverage of the BCS National Championship Game between Florida State and Auburn on Jan. 6.

The deal does not preclude Tebow, who is currently a free agent, from continuing to play in the NFL.

“While I continue to pursue my dream of playing quarterback in the NFL, this is an amazing opportunity to be part of the unparalleled passion of college football and the SEC,” Tebow said in a statement.

The former Heisman Trophy winner will appear on ESPN, but his primary role will be as an analyst for SEC Nation, a pregame show that airs live from a different SEC campus each week. Tebow played for the Florida Gators, an SEC team, from 2006-2009 before being selected in the first round of the 2010 NFL draft by the Denver Broncos.