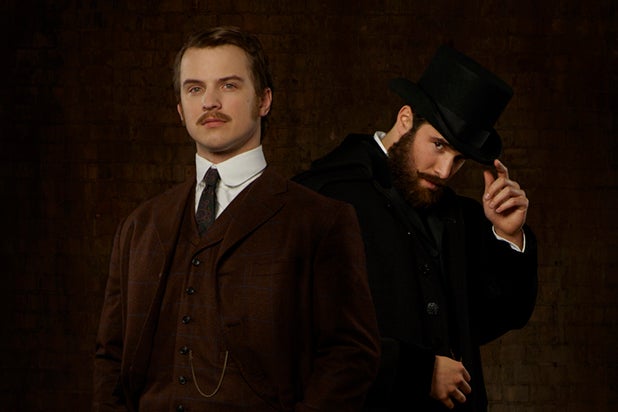 “Time After Time” has recast the role of Vanessa Anders ahead of the ABC time-travel drama’s premiere next season.

Nicole Ari Parker will replace Regina Taylor as the billionaire philanthropist, avid art collector and current owner of the time machine H.G. Wells uses in the pilot to travel to 2016. The character also reveals in the series’ trailer that she is H.G. Wells’ great-granddaughter.

The recasting comes as the character is being re-conceived ahead of the show’s premiere, currently slated for midseason.

Parker’s previous credits include the Showtime drama “Soul Food” and TNT’s “Murder in the First,” as well as recurring roles on “Revolution,” “Real Husbands of Hollywood” and Fox’s “Rosewood.”

Based on the 1979 novel by Karl Alexander and movie adaptation by Nicholas Meyer, “Time After Time” comes from executive producer Kevin Williamson of “Dawson’s Creek,” “The Following” and “The Vampire Diaries.”

"Designated Survivor"
The series will see Kiefer Sutherland as a low level cabinet member who becomes Commander-in-Chief after everyone before him in line to the presidency dies during a catastrophic attack on the State of the Union address.
View In Gallery