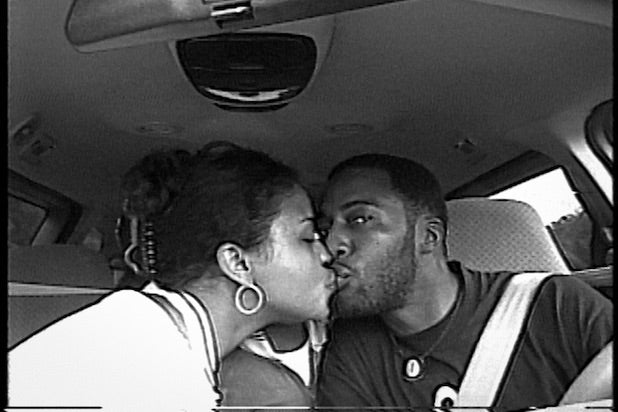 “Time” is a movie about the aftermath of a crime that tells you very little about the crime, or the trial that followed, or the legal arguments that tried to get a man out of jail for decades. Instead, it focuses on one thing: the people who are affected, inside but mostly outside the jail.

In recent years, we’ve seen a string of disquieting films about miscarriages of justice and about the mass incarceration of young Black men, among them “13,” “The Central Park Five,” “Crime + Punishment” and “Copwatch.” But Garrett Bradley’s “Time” never comes across like an issue film, because it speaks to the issues by showing the people; it’s closer to a doc like “Hale County This Morning, This Evening” in that it’s an artful and poetic meditation on being Black in America.

Also Read: Why #BlackLivesMatter Matters: Because of How Little Has Changed for People Like Me (Commentary)

Shot in elegant black and white and mixing new footage with two decades of home movies, “Time” is also a virtuoso job of editing (by Gabriel Rhodes) that jumps back and forth over 20 years in the life of a family that has been both wrecked and brought together by incarceration.

The story is focused on a Black mother and entrepreneur, Sibil Fox Richardson, who goes by Fox Rich. In the opening scenes, which turn out to have been shot 20 years ago, she’s pregnant with twins and is speaking into the camera to an absent husband who’s been sentenced to 60 years in Louisiana State Prison without possibility of parole for a bank robbery.

That sequence is part of two decades of home movies that Rich made for her husband and gave to Bradley after the director had been following her story for some time. The robbery itself is never discussed in any detail: Rich, who spent three-and-a-half years in prison for her own role in it, calls it an act of desperation and leaves it at that. But the harshness of the sentence – 60 years without chance of parole for a robbery in which no one was hurt? – hangs over every scene of Rich and her six children as they live their lives with a huge absence in the house.

Also Read: 'The Way I See It' Director Dawn Porter Says Documentary Is a Non-Subtle Critique of Donald Trump (Video)

Those lives and that absence are the heart of “Time,” which artfully juxtaposes Rich’s home videos with scenes in which she works to get her husband out of jail after 20 years. But we see the waiting, not the work – time and time again, we’re with Rich as she sits on hold with the courthouse, only to learn that the judge has not yet made a ruling on the latest appeal.

The film is a concise 81 minutes, but it makes you feel the 20 years it covers in snapshots from a family in perpetual distress. Garrett, whose other work includes the feature “Below Dreams,” the Sundance jury-winning short “Alone” and work on “Queen Sugar” and “When They See Us,” is both a fly on the wall in present-day scenes and a sensitive guide through the video diaries that give us glimpses of the years that led to this.

The film never really discusses the act that put Rich’s husband in prison, the system that kept him there or the legal arguments to get him out; it’s an approach that can be frustrating at times, but one that immerses the viewer into a family life defined by loss, and by the love that allows them to cope with that loss.

The film itself is unmoored in time, slipping back and forth through the decades to the contemplative piano music of an Ethiopian nun, Emahoy Tsegué-Maryam Guèbrou. A meditation that measures social failings in the toll they take on individuals, “Time” builds to scenes that are almost shocking in their intimacy. It stays away from polemic but hits all the harder for its restraint.