A statement announcing the moves says Sibley has a long history of “leading global revenue teams, launching  innovative new initiatives and products, and driving significant growth for major media brands.” Those brands include The Wall Street Journal, Bloomberg, Condé Nast and Forbes, “where she has contributed to record revenue growth over eight consecutive years” (again, according to the official release).

Felsenthal had been Time’s top editor since 2017 and took on the additional role of CEO in 2018 when Time became an independent company under the ownership of Marc and Lynne Benioff (it had previously been owned by the American media conglomerate Meredith Corporation). Felsenthal will be “leading editorial, creative and content strategy for the brand across all of its global platforms and emerging initiatives.” 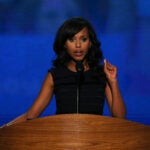 In a letter to staff on Monday, Felsenthal said, in part: “On a personal note, I’ve known Jess since the early ‘00s, when we worked together at The Wall Street Journal launching new products. She was then and has remained since one of the most innovative media executives I’ve worked with in my career. I’ve watched with admiration as she went on to become publisher of Bloomberg BusinessWeek and rise to major leadership positions at media companies including Conde Nast and Forbes.”

Time Magazine started in 1923 (it’s about to celebrate its centennial) and up until 2020 was a weekly news magazine, published like clockwork. Since 2020 it has gone to twice-a-month, with a greater emphasis on digital content. It recently launched six new divisions of the company, including a film and television division and a live events business. 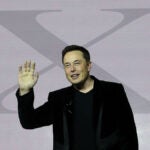 Also Read:
Elon Musk Scorched for Tweet With Nazi Soldier Image: ‘He’s Exactly What We Thought He Was’
x