Timothy Hutton has sued Electric Entertainment, the producers of TNT series “Leverage,” for breach of contract after dropping him from the 2021 series reboot, “Leverage: Redemption,” over an allegation of sexual assault.

In March 2020, Buzzfeed reported that a woman had filed a complaint with the Vancouver Police Department in British Columbia, Canada, alleging the “Ordinary People” star had raped her in 1983 when she was 14.

Hutton, who was in Canada to film “Iceman” in 1983, has denied the allegations and cites the victim’s alleged request for a $1.5 million payment as a “bizarre extortion attempt.” 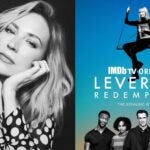 B.C. prosecutors did not end up pressing charges against the actor, but it did cost him the lead role on the series reboot about a band of Robin Hood-like thieves. The original series ran from 2008 to 2012 and the reboot premiered on IMDb TV in July 2021.

The suit claims that Electric did not investigate the allegation and still owes him $3 million for its “flagrant breach of contract.” According to the terms of his February 2020 agreement with the company, he would have been paid $175,000 per episode, the suit states.

Hutton’s attorney, Dale Kinsella of Kinsella Weitzman Iser Kump Holley LLP, told TheWrap, “This was a flagrant and pretextual breach of an agreement that had been done for weeks before Electric Entertainment decided there was no deal. Worse, Electric made this decision without any investigation whatsoever. While nobody relishes the prospect of litigation, this course of action is a last resort to hold Electric Entertainment to its obligations. We look forward to presenting our claims to a jury and are confident it will reject Electric’s purported reliance on unsubstantiated and frivolous charges.”

A representative for Electric Entertainment, who noted that the company has not yet been served with the lawsuit, shared this statement with TheWrap: “We take allegations of sexual assault very seriously, especially when children are involved. Despite dealing with these allegations for years, Mr. Hutton failed to disclose them to us before or during negotiations for him to reprise his role in Leverage: Redemption. Consequently, once we learned of the allegations in the press, we ceased negotiations with him and chose to move on without him. His baseless allegations against us are without merit and we intend to vigorously defend ourselves.”