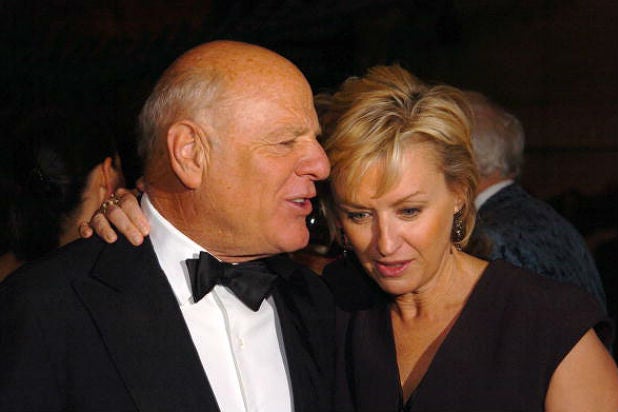 Tina Brown is leaving the Daily Beast publication she helped found, she said Wednesday after the news broke that her contract at Daily Beast’s parent company, Barry Diller‘s IAC, would not be renewed.

“Creating The Daily Beast at the original instigation of Barry Diller in 2008 has given me some of the most exciting and fulfilling years of my professional life,” Brown said in a statement. “I am enormously proud of what our brilliant editorial team has achieved at the Beast.”

Though the decision to leave was framed as Brown’s choice in an article in her soon-to-be-former publication, a knowledgeable executive told TheWrap that IAC’s status as a publicly-traded company left Diller with no choice but not to renew Brown’s contract, as she spent so much on NewsBeast while taking in so little. The Daily Beast and Newsweek have lost IAC at least $60 million since it began, the executive said.

The announcement comes just a few weeks after media reports said the Daily Beast stands to lose as much as $12 million in 2013 — and that’s without the Newsweek albatross that was reportedly losing IAC millions more. Brown told staff she told Diller of her decision over the summer.

Brown’s next move will be another media company called “Tina Brown Live Media,” which she described as “theatrical journalism.” It’ll host live events and panels much like the Women in the World conference she began in 2010 and will take with her when she leaves the Daily Beast. She’s also taking the Daily Beast’s events team, the statement said.

Brown and Diller teamed up to launch the Daily Beast in 2008. Beast merged with Newsweek in 2010, only to end the longtime weekly’s print run at the end of 2012 and sell it to IBT Media in July.

Though Diller has long been supportive of Brown and her efforts at IAC over the years, his enthusiasm for the product of those efforts had waned recently. In April, Diller admitted that he regretted purchasing Newsweek and said he didn’t have much hope for the merged publications’ success.

“Printing a single magazine is a fool’s errand if that magazine is a newsweekly,” Diller said. “I don’t have great expectations. I wish I hadn’t bought Newsweek; it was a mistake.”

Brown remained loyal to the weekly until the end, though, saying in her statement “I am proud, too, of what we did with Newsweek in the battle we waged to save it from the overwhelming forces of media change.”

Daily Beast’s Managing Director Deidre Depke and Executive Editor John Avlon will take over for Brown, though her end date with the company has not been disclosed.

“The Beast roars on,” Avlon reassured his staff.

Brown tweeted that she was “sad 2 leave Beast but change is good. As Ben Bradlee likes to say ‘nose down, ass up, push forward!'”

BuzzFeed was the first to report the news.

IAC declined to comment. Neither Daily Beast nor Tina Brown responded to requests for comment, though BuzzFeed’s Andrew Kaczynski tweeted a photo of Brown at a restaurant apparently reacting to the news:

A source sends over this picture of Tina Brown in a Chelsea restaurant right now, yelling into the phone. pic.twitter.com/Ah8mHKo5se