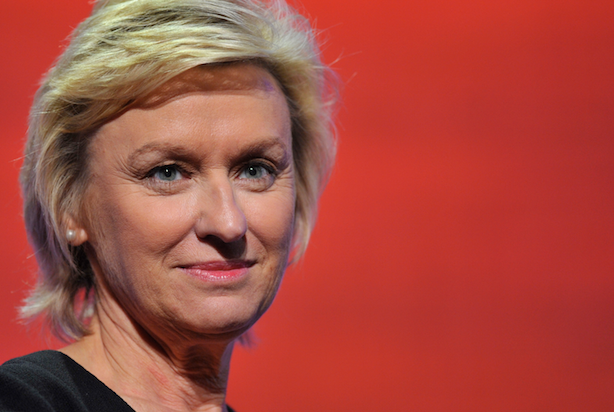 Tina Brown has already figured out a follow-up to her rocky stint at the helm of The Daily Beast and Newsweek.

The veteran editor will recount the highs and lows of life in magazine journalism in a new memoir entitled the “Media Beast.” The book will be published in early 2016 by Metropolitan Books, an imprint of Henry Holt & Company.

Word of Brown’s book deal comes on the heels of the news this week that her contract to run The Daily Beast will not be renewed by the site’s parent company IAC. Her tenure was a tumultuous one that saw the publication merge disastrously with Newsweek; together, the two brands have lost IAC at least $60 million, an executive at the company told TheWrap.

In an interview with MSNBC’s “Morning Joe” this week, Brown said the decision to exit The Daily Beast was her’s and that she was eager to start a company based around live journalism events. The media company will be called “Tina Brown Live Media.”

Brown has her fair share of successes in a decades-long career that has seen her rise to the top of the media profession. Among her accomplishments, she assumed the editorship of  the Tatler in London at the age of 25 and had stints reinventing Vanity Fair and the New Yorker. She is also the author of a 2007 New York Times best-selling biography about Diana, Princess of Wales.

There have been costly missteps as well. Not only did The Daily Beast result in ample red ink, but Talk, her ill-fated magazine venture from the early aughts, launched with great fanfare, but failed to build a wide enough audience.

In the memoir, Brown will talk about her career and relationships with larger than life media personalities like Annie Leibovitz, Malcolm Gladwell, Barry Diller, Jane Meyer and Jeffrey Toobin and her efforts to move from print journalism to digital reporting.