"Clash of the Titans" has initiated a real-life battle of industry stalwarts as Paramount competes with Warner Bros. over booking scarce 3D-ready movie screens.

On the floor of ShoWest last week, following Warner’s abrupt decision to move "Titans’" release date to April 2, rumors were rife that Paramount officials were strong-arming theater chain bookers in order to bolster 3D play for their "How to Train Your Dragon," which opens a week from Friday. 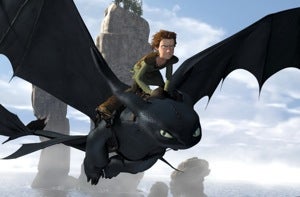 Executives at the exhibition trade conference in Las Vegas said Paramount had suggested it might not be so forthcoming with "Iron Man II" and "Shrek Forever After" if exhibitors don’t find 3D screens for "Dragon."

Meanwhile, the Los Angeles Times reported last week that Paramount told exhibitors who are holding back 3D play for "Dragon" not to expect a 2D print of the film.

The rescheduled "Titans" opens the following weekend. With fewer than 2,500 3D theaters in the U.S. and Canada, there simply aren’t enough screens to go around — especially with Disney’s "Alice in Wonderland" still playing strong.

Paramount is "not exactly" threatening to withhold "Iron Man II" and "Shrek Forever After" if they don’t get the 3D screens they want for "How to Train Your Dragon," said one distribution executive who declined to be identified. But "they are making sure everyone is aware that they expect their ‘friends’ to support ‘Dragon,’" said the executive. "’Dragon,’" he said, "is not tracking well, and it would be very easy to play ‘Alice’ right into ‘Clash,’ which is tracking very high.”

"Shrek Forever," the next big 3D film on the dockets, opens May 21, which should give screens a chance to clear out. 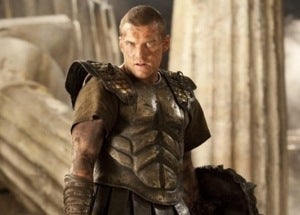 Paramount distribution general manager Don Harris denied that his unit has used any coercive tactics to get 3D play for “How to Train Your Dragon.”

“There has not been one threat made to anybody in the domestic marketplace," he said. "All we’ve said is that if you have 3D, we want this movie to be played in the best possible way."

With exhibitor negotiations for Paramount, Warner and Disney heating up Monday afternoon, Harris said “a pretty clear idea” of each film’s 3D screen count should emerge within the next 36 hours.

“This will all shake itself out sometime early Wednesday,” concurred Disney theatrical distribution chief Chuck Viane.

In the coming months, the 3D screen crunch should be less of an issue.

The Digital Cinema Implementation Partners consortium, a group set up by theaters to garner venture capital, has gathered $660 million for major chains to begin the process of ramping up their screens to digital 3D-ready.

Ken Hill, owner of Northern California’s three-location Prime Cinemas exhibition chain, said he plans to use the Technicolor solution until he can gather the nearly $100,000 per screen in capital needed to fully convert his business to digital.

The Technicolor system requires Hill to rent an add-on projector module at a cost of $2,000 per screen, per booking. Hill also must replace his standard matte-white screens with brighter “silver” projection screens.

Given that timeline, Prime Cinemas’ 3D upgrade will not occur in time for the just-begun Spring Break rush. And given that dynamic, which is undoubtely unfolding with myriad other chains, Paramount officials were incensed when, in addition to announcing 3D conversion for “Clash,” Warner also pushed up the film’s release date one week, from April 9.

In the past, studios looked to schedule their 3D engagements to minimize encroachment on each other’s dates as much as possible. Paramount and DreamWorks, for example, moved “Monsters vs. Aliens” back to March last year when it appeared that Fox might have “Avatar” ready for May 2009.

Meanwhile, as if “Titans’” proximity to “Dragon” didn’t create enough headaches, the staying power of Disney’s “Alice in Wonderland” further compounds the matter.

Since March 5, “Alice in Wonderland” has occupied the greater North American 3D exhibition marketplace — a tally that includes about 2,251 3D locations, 188 of which are IMAX — while grossing $265.4 million domestically to date.

“Alice” has held strong, grossing another $34.2 million over the weekend, while declining 45 percent week-to-week. Still, Disney will have to give up its 188 IMAX 3D locations to “Dragon” this weekend, while fighting to hold on to as many of its 2,000-plus non-IMAX theater engagements as it can.

“This is something everybody’s used to — we compete for everything all the time anyway,” said Viane. “This is just one more thing we have to work out.”