The “Titans” trailer for its long-awaited third season features the introduction of the show’s three new characters, and a return to one very famous city.

The DC Comics series, which moved from DC Universe to HBO Max, will premiere its third season on Aug. 12.

The third season features Curran Walters, who plays Jason Todd (aka the second Robin after Dick Grayson hangs up the mantle to become Nightwing), become his more villainous alter-ego Red Hood, who wants to take over Gotham following the apparent retirement of Batman (Iain Glen). The trailer also shows the first look at Savannah Welch’s Barbara Gordon as well as (the voice of) Vincent Kartheiser’s Jonathan Crane/Scarecrow. 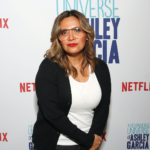 Also Read:
‘Legends of the Hidden Temple’ Reboot to Be Hosted by Cristela Alonzo

Additionally, Jay Lycurgo will appear as Tim Drake, the third different Robin. He is briefly spotted in the trailer, which you can watch above.

“Titans” was renewed for its third season more than a year ago, though a lot has changed since then — namely, the launch of HBO Max and the subsequent move of all DC Universe original series over to WarnerMedia’s prized streaming service. “Titans” was the first original in DC Universe’s short run; the streaming service has since rebranded into something of a comic book-specific destination.

The series is based on DC Comics’ “Teen Titans,” a superhero team created in 1964 by Bob Haney and Bruno Premiani. In its original incarnation, the group was comprised primarily of teenagers who served as sidekicks to DC’s adult heroes.