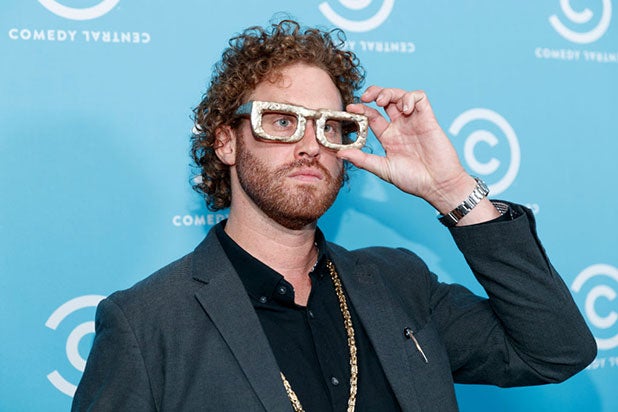 A lot has been said about T.J. Miller’s “Silicon Valley” exit. Miller himself said he didn’t like co-showrunner Alex Berg and also added that it just felt like the right time to leave. Berg previously told TheWrap that the finale was written in the way it was because producers “kind of had a sense that this might be the end of the road for him.”

Since Miller has waged a war of words against the HBO show and its leadership, many have speculated that it could be the end for the actor-comedian’s career (an idea he flat out denies).

In a recent interview with Vulture, Miller said that the treatment he has received in the press has been villain-esque, but for a good reason, in his words.

“People need a villain, and I’m occupying that space,” he said. “Nobody right now is publicly the Lindsay Lohan-train wreck-but-not-quite person. If I’d just said it was an honor to work on ‘Silicon Valley’ and was thankful to Alec Berg, I would have disappeared. Instead, by being just a little authentic, I infected the news cycle.”

Added the actor: “It’s more important to be polarizing than neutralizing. That’s my position.”

The idea that Miller was clashing with people on the “Silicon Valley” set was amplified by some of the trouble he’s gotten into off-camera. In December, Miller was arrested on a battery charge after allegedly slapping an Uber driver, reportedly during an argument over Trump. He fired back, saying the driver was trying to extort him.

Also Read: TJ Miller Says 'Silicon Valley' Is 'Only Going to Become Better With Me Not on It' (Video)

The HBO comedy wrapped up its fourth season with Richard Hendricks (Thomas Middleditch) learning that entrepreneur Erlich Bachman (Miller) was stranded in Tibet. While fans knew ahead of time that the finale would be Miller’s last appearance on the show (even if the writers left it open just in case), the move still seemed quite sudden.

Middleditch hinted at more going on behind the scenes in an interview with TheWrap.

The actor continued: “There’s been articles, ‘too big for the show,’ but that’s one way of putting it, that’s for sure.”