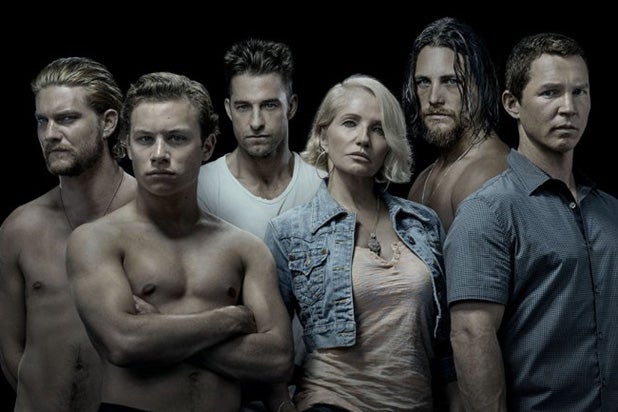 TNT has given series orders to the dramas “Animal Kingdom” and “Good Behavior,” the network announced Thursday.

The network has ordered 10 episodes of both series, with production set to begin in 2016.

“Good Behavior and Animal Kingdom are muscular, distinct dramas that will define the new direction of TNT,” said Sarah Aubrey, executive vice president of original programming for TNT. “We believe audiences will love watching Michelle Dockery trade in her manners for the life of a sexy, complex ex-con in Good Behavior and Ellen Barkin and Scott Speedman command an unruly family of criminals and adrenaline junkies in Animal Kingdom.”

“Animal Kingdom” centers on 17-year-old Joshua “J” Cody, played by Finn Cole, who moves in with his freewheeling criminal relatives, led by Barkin’s Janine “Smurf” Cody, in their Southern California beach town after his mother dies of a heroin overdose.

Based on Blake Crouch’s series of books, “Good Behavior” stars Michelle Dockery as Letty Dobesh, a thief and con artist whose life is always one wrong turn, or one bad decision from implosion – which is exactly how she likes it. Juan Diego Botto, Terry Kinney and Lusia Strus also star.

Chad Hodge and Crouch serve as executive producers alongside Marty Adelstein and Becky Clements of Tomorrow Studios, a partnership between ITV Studios and Marty Adelstein. The pilot was directed by Charlotte Sieling.