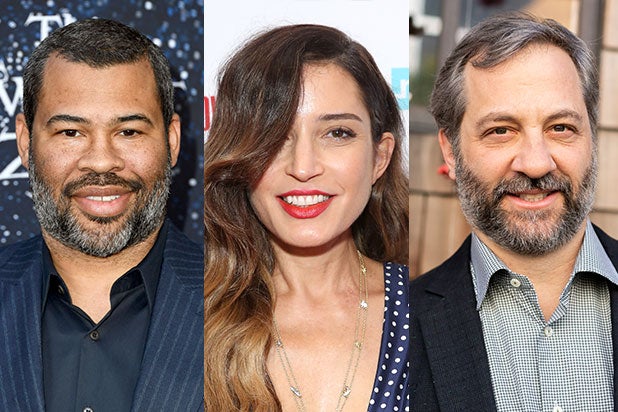 Hollywood has been drawn into the abortion debate as production-heavy states like Georgia and Louisiana have passed new “heartbeat” laws banning abortions as early as six weeks into pregnancy, with companies and top talent taking one of the several paths: boycott those states, threaten to boycott if the laws survive legal challenges and actually take effect — or stay completely silent on the matter.

In addition, several top Hollywood firms and personalities with projects already slated to shoot in Georgia and other states that have passed similar legislation say they will proceed with production there but donate fees to support nonprofit groups challenging the laws in the courts.

The varying approaches reflect a complicated reality for many studios and networks, whose executives and key talent tend to support abortion rights but who are often reluctant to take sides publicly on a divisive political issue. In addition, many companies don’t want to forgo lucrative tax incentives — or to hurt the thousands of trained crew members employed on productions in Georgia, Louisiana and elsewhere.

“Many of these companies are raising up their hands and say, we need to be true to our own corporate culture and we can’t abide by this law, so we’re pulling out,” Tom Nunan, a lecturer at UCLA School of Theater, Film and Television and former president of UPN, now known as The CW, told TheWrap. “I don’t think Georgia is going to suffer from this if big entertainment companies pull out — I think you are still going to see smaller companies going in and taking advantage of the tax breaks, just not the big ones because they want to be politically correct… I don’t think the boycotts will result in any change in the law.”

Here are the responses that Hollywood companies and executives have had:

Several prominent producers, like Reed Morano and Judd Apatow, have said they would boycott filming in Georgia in response to the law. Producers David Simon, Christine Vachon, Mark Duplass, Nina Jacobson and Neal Dodson have already boycotted shooting in the state altogether — though none of these was known to have any projects slated for production in the state.

Also last month, the feature “Barb and Star Go to Vista Del Mar,” starring the “Bridesmaids” team of Kirsten Wiig and Annie Mumolo, pulled out of filming in the state in response to the law.

A widespread boycott would have a big impact Georgia, Louisiana, Alabama and Ohio — which have all passed restrictive anti-abortion laws in the last three months — are among the 12 states that provide the best tax incentives to film and TV productions that shoot in the state, according to Film Production Capital, a Louisiana-based brokerage and consulting film that specializes in state tax incentives for film, TV and animation projects.

For its 2018 fiscal year, which began July 1, 2017 and ended June 30, 2018,  the state of Georgia reported it received $2.7 billion in direct spending in the state from a record 455 film and TV productions that shot in the state. And Georgia Gov. Nathan Deal, a Republican who signed his state’s “heartbeat” law, said the productions generated a total economic impact of $9.5 billion, led by productions ranging from “Avengers: Endgame” to AMC’s “The Walking Dead.”

Louisiana reported $63.2 million in state taxes from film and TV productions in 2017, though taxpayers saw a less than 25 cents return on the dollar for the tax program, according to the Baton Rouge publication The Advocate. The state, however, expects the 17 productions currently shooting in the state to spend $300 million.

2. Threaten a Boycott While ‘Monitoring’ the Situation

Several studio executives told TheWrap that because the Georgia law won’t go into effect until Jan. 1, 2020, pending any legal challenges, that they are “monitoring” the situation closely before actually pulling productions.

The wait-and-see approach allows companies to take the high ground on the issue while postponing a decision that might impact them economically or the production crews working on these projects.

Corporations such as Sony Pictures, WarnerMedia, Disney, CBS (and Showtime), Viacom and Netflix released statements last week saying that they would all watch how legal challenges to the legislation proceeds and weigh any future production options. This caution stems in part from the fact that similar legislation has been overturned in the courts and never took effect.

Indeed, many producers and some companies have announced plans to support nonprofit organizations, including the ACLU and Fair Right Georgia, that are mounting court challenges. As the Motion Picture Association of America said in its statement last month, “It is important to remember that similar legislation has been attempted in other states, and has either been enjoined by the courts or is currently being challenged. The outcome in Georgia will also be determined through the legal process.”

NBCUniversal and AMC, which films its hit series “The Walking Dead” in Atlanta, also mentioned in their statements that similar bills have been attempted in other states and have been challenged. “If any of these laws are upheld, it would strongly impact our decision-making on where we produce our content in the future,” NBC said.

Another factor in holding off on a boycott right now: a fear of penalizing local production talent that often doesn’t support the anti-abortion laws themselves.

“There are crew and highly-skilled technicians that will suffer for this and they have no influence really, the way the big studios and streamers do, and they are the ones that are going suffer the most,” said Nunan, who also served as an executive producer on “Crash” and “The Illusionist.” “It’s an unfortunate situation and it indicates that Georgia could care less about their business with the big studios — the city of Atlanta is a blueberry surrounded by a red state.”

Also Read: Bob Iger Says It Would Be 'Very Difficult' for Disney to Film in Georgia if Anti-Abortion Law Takes Effect

3. Donate to the Cause

In part because of projects that are already underway and because of potential job losses in Georgia, where production crews are often more diverse than in Hollywood, producers like Jordan Peele and JJ Abrams have taken a different approach.

Peele and Abrams have said that they’re donating “100% of our respective episodic fees” from current and upcoming Georgia-shot projects to the ACLU of Georgia and Fair Right Georgia to fight against the law. Similarly, producers Peter Chernin and Jenno Topping of the Fox film trilogy “Fear Street” and the TV series “P-Valley” said the productions would continue to shoot in the state, but that the producers would be making a “significant donation” to ACLU.

“[If] we chose the boycott route, thousands of jobs would be lost, ultimately damaging workers who rely on production for livelihood, including many women,” Chernin said. “We also know that the only way to fight the massive, now national incursion on women’s rights is through a legal battle, a battle that needs funding on the ground and support via organizations like the ACLU who are powering up to overturn the law. So our choice became pretty clear. We will stay in Georgia, stand shoulder to shoulder with the women of that state and the states under attack, and fight to win.”

Imagine Entertainment, founded by Ron Howard and Brian Grazer, announced that filming for its upcoming Netflix film “Hillbilly Elegy” would remain in the state, but the company would donate to ACLU of Georgia in opposition to the bill, and Imagine would consider a boycott if the law were to take effect.

While most major Hollywood companies have spoken out on the issue, some companies have stayed silent (so far). Lionsgate (apart from pulling Wiig’s film) has yet to make a statement.

Will Packer and Tyler Perry’s production companies, which are both headquartered in Atlanta, have not responded to requests for comment. Amazon Studios’ film side has not made an official statement, but also has no movie projects currently slated for production in Georgia or Louisiana.

Nunan thinks that while larger entertainment companies have to chime in on the complex issue, smaller companies don’t necessarily have to add their voices — but that that doesn’t reflect poorly on them.