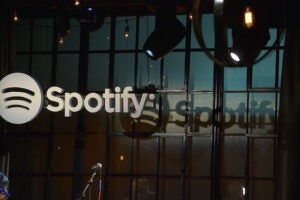 Spotify’s Bet on Podcasts Is Paying Off With Exclusive Content

One year after Megyn Kelly’s abrupt ouster as host of the third hour of “Today” over comments about Halloween and blackface, NBC’s ratings in her old time slot still haven’t recovered.

Currently this season, the overall audience for the entire four-hour NBC News morning show has fallen 4%, from a 4.073 million average total viewers at the start of the 2017-18 season, to its current average of 3.905 million.

Kelly’s old 9 a.m. time slot is down 3% in total viewers from this time last year, declining from an average of 2.389 million viewers to 2.329 million so far in this season. The show, which is now hosted by Sheinelle Jones, Craig Melvin, Dylan Dreyer and Al Roker, is also drawing fewer viewers in the advertiser-coveted 25- to 54-year-old age range, pulling in a 0.5 demo rating from Sept. 23 to Oct. 14 this year — compared to 0.6 for the similar period in 2018.

A rep for “Today” maintained that the new hosts have outperformed “Megyn Kelly Today,” up 8% in total audience and 3% in demo viewers for their first full year, ending Oct. 27, compared to the previous year when Kelly hosted the show solo.

Kelly, a former Fox News primetime star who arrived at “Today” with great fanfare and a three-year contract worth $69 million, struggled to lure a daytime audience for her brand of hard-hitting interviews.

By the time she left “Today,” her ratings had notably declined from the levels of her immediate predecessors, Roker and co-host Tamron Hall. (Hall exited the network last year after she was bumped from anchoring duties and now hosts a syndicated daytime talk show.) For Kelly’s last full month hosting the third hour of “Today,” total viewership fell 13%, dipping from 2.8 million viewers in September 2017 vs. 2.4 million in September 2018.

While ratings for the third hour of “Today” have not bounced back post-Kelly, viewership for all the network morning shows has eroded in the last year. In the 2016-17 season, prior to Kelly’s arrival, “Today” ratings were relatively strong: The four-hour block averaged 4.217 million total viewers, or 7% more than what it gets now.

Meanwhile, ABC’s “Good Morning America” viewership is down 4% so far this season, from 4.153 million viewers on average last season to 3.975 million.

Because “Good Morning America” doesn’t run into the 9 o’clock hour, ABC’s syndicated “Live With Ryan and Kelly” is the closest thing to direct competition NBC has for the third hour of “Today,” as a significant portion of its markets air “Live” at that time. Though the “Live” numbers are down from this time last year, the show beat NBC’s 9 a.m. ratings in late September and early October during both seasons.

Also Read: Megyn Kelly on Her Public Resurfacing: 'I've Chosen to Speak Up for Women Being Harassed and Abused'

Kelly’s departure came last October after she defended the possible use of blackface on Halloween, saying that she wasn’t bothered if a white person wanted to dress up as a black person on the holiday. The comments drew widespread condemnation and an on-air apology did little to dampen the uproar — leading to her removal from the show and a negotiated exit from her network contract.

After laying low for much of this year, Kelly recently raised her public profile with an appearance on Fox News’ “Tucker Carlson Tonight” to discuss both the ongoing issues of sexual harassment in the workplace — including at Fox News and NBC News, which saw the firing of long-time “Today” host Matt Lauer in 2017. The topic has reentered the news cycle thanks to the release of Ronan Farrow’s “Catch and Kill.”

“Yes, I could just sit back and ‘enjoy my money,'” she said earlier this month, “but instead I’ve chosen to speak up for women being harassed and abused who have been muzzled by NDAs.”

For the record: This story has been updated with a response and additional information from NBC News.