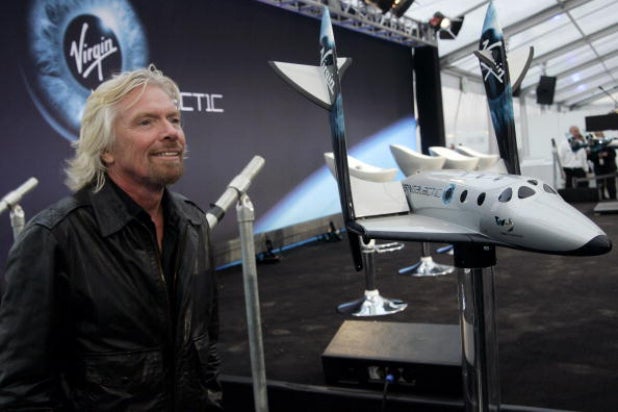 The “Today” show will be taking viewers to infinity and beyond in 2014, with more than a little help from Sir Richard Branson.

Next year, Branson and his adult children, Holly and Sam, will be the first private passengers to travel into space on SpaceShipTwo from Virgin Galactic’s terminal at Spaceport America in New Mexico. NBC News’ Peacock Productions will chronicle the journey across a number of NBCUniversal brands and platforms including CNBC, MSNBC, NBCNews.com, Syfy, The Weather Channel and more.

The coverage will culminate in a primetime special airing on NBC the night before launch, and a three-hour live event on “Today,” hosted by Matt Lauer and Savannah Guthrie.

“Without a doubt, Sir Richard and his children taking the first commercial flight into space, will go down in history as one of the most memorable events on television,” said Sharon Scott, president and general manager, Peacock Productions.

“In this first chapter of commercial space travel, we will help make space accessible and inspire countless more people to join us in the pursuit of space exploration and science innovation,” Branson added.