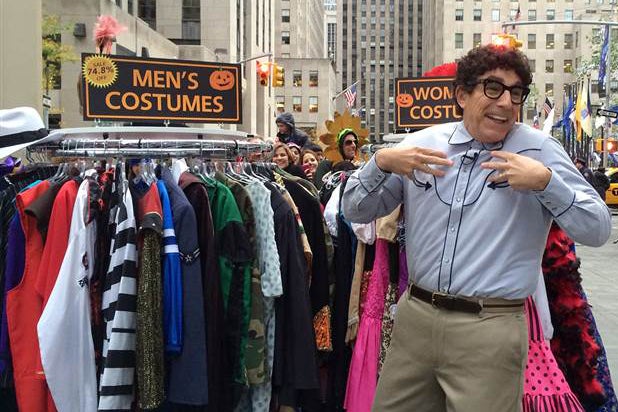 NBC’s a.m. show provided a slight Halloween trick — but mostly a treat — Friday morning, when the “Today” personalities paid homage to 40 years of “Saturday Night Live” in celebration of the pagan dress-up holiday. Willie, Matt, Tamron, Al and the gang were joined by some very special guests in their pursuit to set a new standard for morning shows on Halloween.

Afterwards, archived “SNL” footage of Will Ferrell and Cheri Oteri as the Spartan Cheerleaders gave way to Willie Geist and Tamron Hall taking over the iconic roles, performing an expert cheer. Their colleagues all followed suit: An “SNL” clip would open a scene before the rest of the sketch was played out by a “Today” show personality in character — you can watch it all unfold below.

Continuing the theme, the real Roker and Lester Holt performed a tune as the Blues Brothers, Kathie Lee Gifford and Hoda Kotb took on Wayne Campbell and Garth Algar from “Wayne’s World,” and Matt Lauer delivered a pretty perfect performance as the titular character from “Saturday Night Live’s” “It’s Pat” skit, where he was ultimately joined by Julie Sweeney, who played the androgynous character on the actual NBC sketch comedy show.

Later, hosts got some friendly messages from other former “Saturday Night Live” stars.