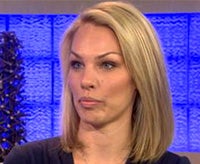 On Friday, Tiger Woods announced he would take an indefinite leave from the game of golf, in part, it would seem, to extinguish the media firestorm that has raged since his one vehicle crash the day after Thanksgiving. Yet three days later, it still rages on.

One of Tiger’s major sponsors – Accenture – said over the weekend that it is dropping Woods. Tiger is "no longer the right representative,” the company – which makes … uh … I have no idea — said. (Tiger had reported $15 million sponsorship deal with the golfer.) Meanwhile, Gillette said it would not air commercials featuring Woods, but is not dropping him entirely, at least, not yet. And EA Sports, which produces the Tiger Woods video golf game, said “at this time the strategy for our Tiger Woods PGA TOUR business remains unchanged." Nike is supporting Woods sabbatical, too.

Tiger got some more good news, too: Playgirl, which said last week that it was considering publishing alleged nude photos of Woods, announced on Monday that it won’t publish them. Daniel Nardicio, the director of marketing the magazine, told People the photos "taken by camera phone by Woods himself,” but “impossible to 100 percent verify, hence the unwillingness to go there."

The Associated Press noted that Woods’ absence will mean a huge falloff in ratings, but one that the networks should be able to predict because they’ve already experienced a Woods-less golf season following Tiger’s knee surgery.

And if Woods’ self-imposed sabbatical stretches beyond golf’s premiere event — the Masters in April – it will suck for CBS.

The “Today” show booked yet another alleged Tiger mistress. This one, however, appeared to be the most believable. Cori Rist, a single mother, said she agreed to speak out only to clear the air and protect her seven-year-old son. And she said she broke it off with Woods six months after meeting him, in 2006, but they remained “friends” – albeit a friendship in which Woods would repeatedly try to get her to travel with him.

Near the end of the interview, Rist broke down in tears.

Oh, and the Tiger “transgression” that appeared last week on the “Today” show? The one who said the media slept on Tiger? She now says she was in bed with Woods when he found out his father died.