Lobbing criticism at the Oscars and the Academy can be a distraction from the larger problems that plague the industry as a whole, Dr. Todd Boyd explained during Tuesday’s installment of TheWrap’s GrillChats, which tackled the issue of race in Hollywood.

“The Academy’s a– was out, so to speak,” Boyd, USC Professor of Cinema and Media Studies, said of the #OscarsSoWhite controversy.

He explained that the lack of nonwhite acting nominees over the past two years was a major source of embarrassment for the organization, and cautioned that the rush to fix the problem might lead to a solution that’s temporary at best.

Boyd called on the industry to find a more “sustainable” solution to the lack of diversity throughout Hollywood as a whole, not just during awards season. “If your motivation is to stop the embarrassment, it’s going to be a temporary fix,” he said. 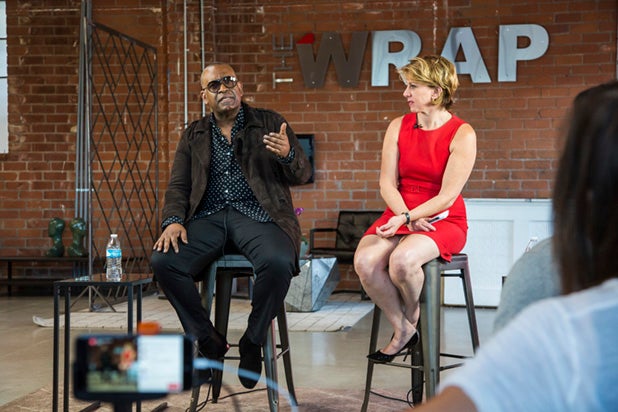 One example of that is Chris Rock, who did an admirable job of hosting the show during a contentious year, but ended up being skewered for a tone deaf joke about Asian Americans.

“The issue of exclusions of Asians from Hollywood is not Chris Rock‘s fault,” Boyd said. “The pressure has to be on the power brokers … The people who fund movies. The people who have the power to greenlight movies.”

Drawing a comparison to the music industry, where young artists can break onto the scene by recording at home, Boyd pointed out that there are greater barriers to entry in the film industry. Even a low-budget project is out of reach for the majority of aspiring filmmakers. So it’s on Hollywood to provide opportunity to a diverse slate of talent more representative of the population as a whole.

“It has to be a top-down as well as bottom-up change,” he said. “At some point you’re going to have to come in and make changes … You have to change the consciousness.”

According to Boyd, the Oscars are the last step in the process, and to demand awards recognition from the same people who have been excluding minorities for decades is to miss the point.

“Ignore me at the Oscars,” he said. “But let me make money.”

The Scene at TheWrap's GrillChat Interview With Arianna Huffington (Photos)