After declaring a state of emergency as COVID cases in Japan continue to rise, the Tokyo Olympics on Thursday announced Thursday plans to bar all spectators from Olympic events.

“Taking into consideration the effect of coronavirus variants and not to let the infections spread again to the rest of the nation, we need to strengthen our countermeasures,” Prime Minister Yoshihide Suga said in his announcement. That said, the games themselves are still scheduled to go ahead as planned, beginning on July 23, despite the wishes of some locals.

In March, it was reported that 80% of Japanese citizens are leery about hosting the Olympics at all. In May, the Tokyo Doctors Association said the games should be canceled altogether and a Reuters poll found that 70% of Japanese companies agree. 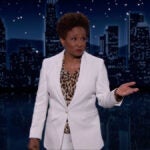 NBC Olympic coverage vet Bob Costas told Bill Maher though he doesn’t think the games should’ve gotten canceled, he does believe they should’ve been postponed again. “If they postponed it until the summer of 2022, then as a one-off it would go back to the way it was prior to the ’90s,” Costas said, by which he meant holding the winter and summer games in the same calendar year.

However, organizers have previously said that if COVID cases continue to rise and be a public threat, the games would simply be canceled, rather than postponed again

Fans from abroad were banned from attending events several months ago, requiring refunds of roughly 600,000 tickets; this new announcement prohibits all fans, including locals, from attending competitive events. The loss of income from international ticket sales alone was expected to be particularly hard on local businesses, after an organizing committee estimated the loss to be around $800 million.

According to Suga, Japan’s state of emergency will be in effect until at least August 22, exactly two weeks after the final days of the Olympic games