Former “Dancing With the Stars” host Tom Bergeron is set to host a remake of the game show “Tic-Tac-Dough” that is currently in the works at NBCUniversal, TheWrap has learned.

The project, which is in the development stage and has already shot a pilot, comes from former “Jeopardy!” and “Wheel of Fortune” executive producer Harry Friedman and Village Roadshow Television.

Based on the classic tic-tac-toe game, “Tic-Tac-Dough” is described as a game show that “sees contestants answering questions in various categories in order to put an X or an O on the board.” 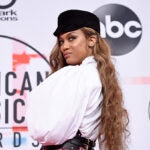 The original “Tic-Tac-Dough,” which was produced by Jack Barry and Dan Enright’s Barry & Enright Productions, aired from 1956-59 on NBC as a primetime and daytime series. In 1978, the game show moved to CBS as strictly a daytime show. It then became a syndicated program in 1986, with a revival, also a syndicated series, premiering in 1990.x

If the show is ordered to series at a network or a streaming platform, it would mark Bergeron’s return to TV since his exit from ABC’s “Dancing With the Stars.” He hosted the dancing competition from 2005-19, along with Erin Andrews, and was replaced by Tyra Banks in July 2020.

“Just informed @DancingABC will be continuing without me,” Bergeron tweeted on July 13 last year, breaking the news of his exit. “It’s been an incredible 15 year run and the most unexpected gift of my career. I’m grateful for that and for the lifelong friendships made. That said, now what am I supposed to do with all of these glitter masks?”

“Tom Bergeron will forever be part of the Dancing with the Stars family,” ABC and “Dancing With the Stars” producers BBC Studios said in a response statement. “As we embark on a new creative direction, he departs the show with our sincerest thanks and gratitude for his trademark wit and charm that helped make this show a success. Erin will also not be returning, and we appreciate all that she brought to the ballroom. Fans have been rooting for her since she originally competed as a contestant back in 2010, and her signature sense of humor has become a hallmark of the show.”

Deadline first reported the news of the Bergeron-hosted “Tic-Tac-Dough” remake.