Michael Barker and Tom Bernard are the rarest of phenomena, a pair of executives who have shared power at the top of Sony Pictures Classics while building one of the most respected and longest-standing independent film studios in Hollywood.

They have been behind too many important films to count, including “Crouching Tiger, Hidden Dragon,” Bennett Miller‘s “Foxcatcher,” Woody Allen‘s “Blue Jasmine,” “Run Lola Run,” “An Education,” “Whiplash,” “Searching for Sugar Man” and this year’s favored Best Foreign winner at the Academy Awards, “Son of Saul.”

As they embarked on their 25th year at Sony, TheWrap’s Sharon Waxman interviewed the executives about their unique collaboration, their successes and their view of the changes in independent film.

How long have you guys been working?

Tom Bernard: Sony Classics is 25 years old, and I’ve been doing this since 1977…

Michael Barker: Me since ’79. January 1st was the beginning of our 25th year at Sony. “Howards End” was our first movie.

Bernard: There’s a great story behind it. We started Orion Classics together and had developed it and then we realized the company was over. So, the bankruptcy guys were now controlling everything and we wanted to leave but we weren’t going to leave without our movies. So Michael and I chatted and [producer] Ismail Merchant said, “I would love to buy the movie back.” We said, “OK, let’s see if we can show it to the bankruptcy committee and see if they want the cash or the asset.” And Michael likes to tell this part of the story…

Barker: Tom said the bankruptcy lawyers are never going to see the value in this film, so we showed them the film. And they said, “Who’s Howard?” That’s what happened. And so Ismail was able to buy the film back and then resold it to us at Sony — it was our first film. 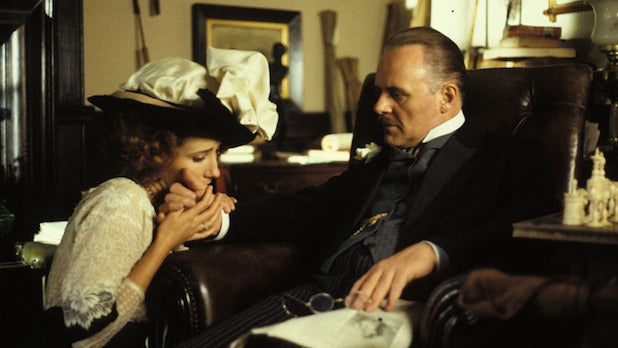 You’re one of the few studios that will take a risk on foreign films.
Bernard: As Eric Roemer said, “Why do you release my films? Why do you keep buying them?” He had no idea. It’s because we love them.

A lot of films at Sundance this year surround masculinity and what it means to be a man in contemporary society today, for example, “Goat.”
Bernard: I think you can go more specific than that, and it’s not just Sundance, but I’m noticing it in plays and books now, “Hamilton” being a good example. It’s not just about masculinity and identity with regards to that, but it’s also about the American character of masculinity, and it’s such a contradiction and very rich, and you see that in these movies.

Barker: I have to say — the movies I’ve been seeing have all incredibly strong, powerful women. 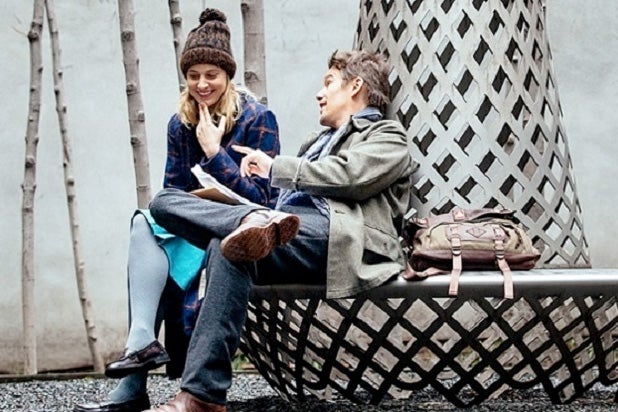 Name me a couple.
Barker: Well, “Maggie’s Plan” and the one I just came from [“The Eagle Huntress”], a woman becomes an eagle master in Mongolia. She learns how to train these golden eagles in the middle of nowhere to get food and fur, and there are all these old guys with their hats and the mustaches and they’ve been in the mountains for years, and nomadic tribes. And her dad, she wants to do it, so she learns how to be an eagle master and she wins the whole thing, and she’s like the first girl ever, and she’s like probably 40 years younger than anybody else in the whole place.

We’ve all seen ups and downs in the marketplace. The earliest part of the 21st century has been very challenging, and you guys have figured out a path. Now we’re seeing these streaming giants coming in with big checkbooks —
Bernard: Well we’ll see who gets the “Happy, Texas” award this year. You never know.

Explain.
Bernard: Every year, there are new companies that come to Sundance and they have to show they’re in business and they will put down maybe more money than a movie may be worth and they grab a really big headline.

Barker: What also happens year in and year out, which is surprising to me, is that we’re in this bubble for 12 days, and three or four films get the big headlines. But then a year later when you analyze which of the films have prevailed commercially, it’s very rarely those three or four films that were touted the most during the festival. Last year, we bought “Grandma” with Lily Tomlin and it didn’t get a huge headline but it was one of the most successful pictures of any movie that came out at Sundance.

It sold for a lot of money, but then really never found its audience. When you see Amazon and Netflix coming in with these huge buys, how does that impact your ability to buy movies and to get the movies that you want?
Bernard: We’ve been doing it for a while and so we buy movies we like, that we think we can make work in the marketplace and make a profit. We’re looking to fill our slate, and so if people are taking a lot of the high-profile things off the market, there are several movies that we’ve seen already here that probably are not in the running with a lot of that stuff, which hopefully we’ll acquire. We acquired the Frank Zappa documentary. And we’ll make them work, and see where the other guys go, and again, an aspect with Netflix and Amazon… how long will they want to be in this business? Do you want to move into the studio business? We’ve seen it come out small and they always move up. So you try and weather the storm.

Barker: It’s very important to understand who we are. What we have learned over the years is to focus on the film. And understand when we acquire a film, or when we invest in a screenplay, we invest our souls in it, and it’s a huge time commitment. The key is to focus on the film and not think about who the competitor is when you’re going after it. There are always competitors, it’s just a different set now — and some times are more difficult than others, but the fact of the matter is if you focus on what you can contribute to the film, and you sell yourself to the filmmaker and the seller, and give them the valid reasons to go with you, what they’re really investing in is our ability to make that film work. And we try to not obsess on the distractions.

Bernard: You move on. We saw a movie named “Junebug.” Michael said, “Amy Adams looks like she’s got a shot at the Oscar.” No one was really interested in that film — 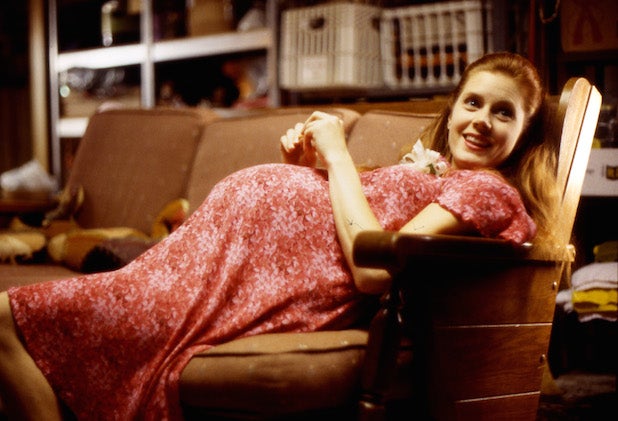 Barker: No, but I will tell you something — that is a great story of Sundance. Word got around that certain film critics, one of them from the New York Times, really hated the film. And it played early in the weekend, and we were too busy with our own films. The Tuesday came around when the film was shown — I was supposed to go to another film, for some reason the projector broke down, I thought, “What am I gonna do?” I went to see “Junebug” — the theater wasn’t even full — and I didn’t see any competitors in there, because it had been written off because you’re so obsessed with seeing the hot titles. Right after it was over, I called Tom and there was another screening like two hours later, and Tom… went to see it — and we bought the film that day. And that film turned out to be one of the most successful films from that year, and people didn’t notice it because there’s a lot of noise, you know? A lot of noise.

It is hard to tune out that noise. Before you go, I had Spike Lee in that chair and we were talking about the Oscars. He said people of color have raised their voices to say that the lack of diversity in the Academy is not something that can continue, and he has not heard any studio chief raise their voice.
Bernard: Let me just say this and Michael can help me with this — the way we would like to respond is to maybe talk about all the movies we have with diversity and directors.

Barker: Well, we have so many — but it’s not about us — it’s about the Academy, and I can tell you from the very beginning we have always supported and spoke out against the fact that there weren’t enough women in the director’s branch. I remember the year it was kind of embarrassing. And we have many female directors, and the fact that there is not diversity in the ranks in the Academy — this is something we have spoken and addressed to before, so it’s not like we haven’t spoken about it before.

So you think it’s unfair?
Barker: Well, I don’t know about unfair — I’m not saying it’s unfair, I just think that it needs to be addressed, Spike Lee is right about that. He’s right.

Bernard: We just do what we do. And we have an incredibly diverse slate and always have — every type of diversity you want to look at, we got. And some of it rises into the Academy, and some of it doesn’t.

The industry needs to change, it’s not about the Academy — it’s about what films we’re making ultimately.
Bernard: We’re making those choices — and those are important choices. We have a movie about a girl who wants to ride a bicycle in Saudi Arabia and she’s not allowed to do it — it’s our movie, it’s a foreign language film, and we tried to get it nominated.

Barker: It’s about discrimination in so many places. Tom has referred to one, which is the female directors that really deserve a lot of attention. And we’ve had many of them, and they are as good if not better than any male director you can name — and that’s a fact, you know?