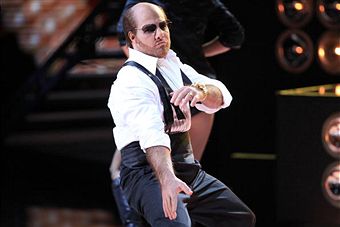 Tom Cruise is getting some more mileage out of Les Grossman.

Cruise kicked off the 2010 MTV Movie Awards with a video as his scene-stealing fictional Hollywood exec from "Tropic Thunder." The show began with a "very special message" from Grossman who was identified as the producer of tonight’s festivities.

(For a complete look at the MTV Movie Awards, go to "MTV’s Gathering of Funny Stars Interrupted By Awards")

Cruise’s video ended with Grossman saying, "Tonight, I’m going to shove this lump of coal up my a–, pinch my cheeks and crap out a diamond just for you." Sounds like we’re in for quite a show.

But that wasn’t all.

Cruise’s second Grossman bit started with the fictional producer interrupting a song-and-dance number by Ed Helms and Ken Jeong, who were lampooning their own song from "The Hangover." 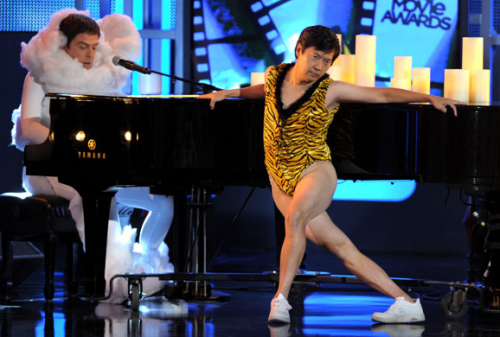 Cruise came live on stage to do a hip-hop dance performance with Jennifer Lopez. Between those two and the upcoming performance from pop crooner Christina Aguilera, it seems like the show is relying pretty heavily on some of Hollywood’s biggest names … from the 90’s, that is. 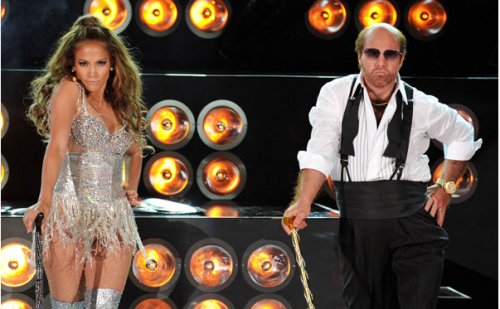