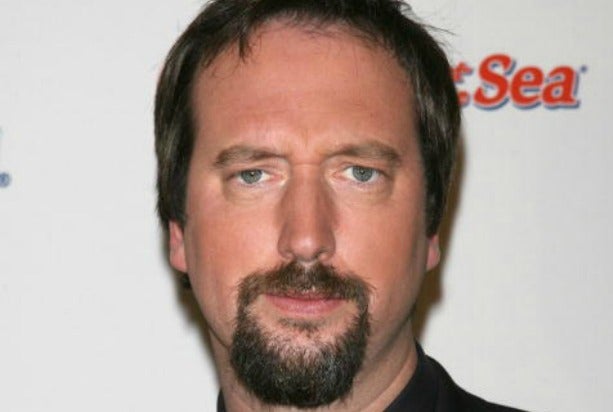 Fans of Green’s podcast know he’s a gifted interview who’s moved past his ’90s talk show on MTV, where he once drank milk straight from a cow’s udders and tried to interview people with a microphone covered in poop. His new show will demonstrate his more serious side as he and a guest strive for meaningful conversation.

The show debuts Oct. 3 at 9 p.m. ET. It will follow “Gene Simmons Family Jewels” and lead into “Gotham Comedy Live.”

Green also has a popular blog on the Huffington Post and hosted his own online series, “Tom Green‘s House Tonight,” from his living room. His new show will feature live video calls from online viewers, and he’ll take advantage of the live format to discuss events of the day at the top of the show.

“Live television works best with an element of danger and when results are unpredictable,” said AXS TV founding partner Mark Cuban. “Throughout his career, Tom has embodied the skill set you look for in a live performer. Adding the unedited viewer element means that anything can happen.”

“I am thrilled that AXS TV is bringing ‘Tom Green Live’ to television,” said Green. “Expect spontaneous, ridiculous, and outrageous conversations. I am looking forward to launching this crazy show. Stay tuned!”

The show is being produced by Tom Green Studios with executive producers Tom Green and John Schneider. Tom Green is represented by Tyler Kroos at ICM, Ryan Nord and Dan Miller of Hirsch Wallerstein.