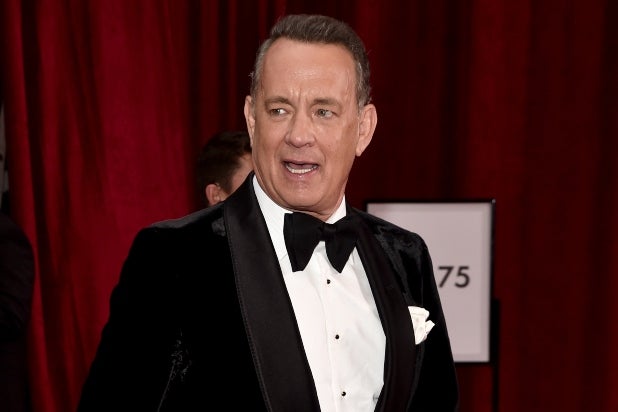 Universal Pictures said on Friday that the studio has pushed the release of its heartfelt Tom Hanks-led sci-fi film “Bios” to April 2021.

“Bios” tells the story of a man, a robot and a dog who form an unlikely family. Hanks stars as Finch, a robotics engineer and one of the few survivors of a cataclysmic solar event that has left the world a wasteland. But Finch, who has been living in an underground bunker for decades, has built a world of his own that he shares with his dog, Goodyear.

In the film, Finch, terminally ill and running out of time, creates a robot (voiced by Caleb Landry Jones; “Get Out,” “Three Billboards Outside Ebbing, Missouri”) to watch over Goodyear when he no longer can. As the trio embarks on a perilous journey into a desolate American West, Finch strives to show his creation, who names himself Jeff, the joy and wonder of what it means to be alive and to teach him to become human enough to take care of Goodyear. And Goodyear himself must learn to accept and trust his new master.

“Bios” is being produced by Amblin Entertainment and is expected to be an epic-scale adventure anchored by the exploration of how complicated it is to be human.

The film is directed by famed “Game of Thrones” filmmaker Miguel Sapochnik, from an original screenplay by Craig Luck, who is making his feature-film writing debut, and Ivor Powell (associate producer of “Blade Runner” and “Alien”).

“Bios” is produced by Kevin Misher (“Public Enemies,” “Fighting With My Family”), Jack Rapke (“Cast Away,” “Flight”), Jacqueline Levine (“Allied,” “The Walk”), and Ivor Powell. Robert Zemeckis, Andy Berman and Adam Merims, along with Luck and Sapochnik will serve as executive producers.