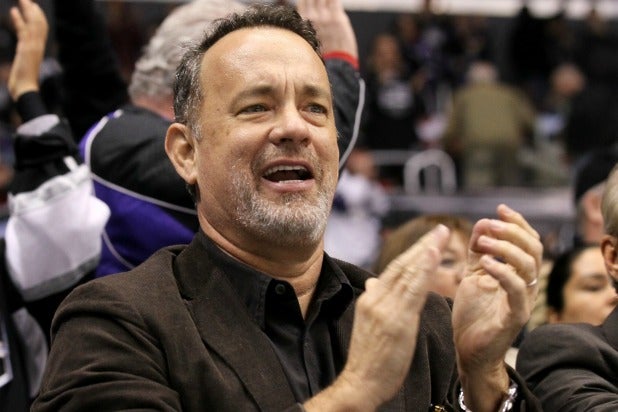 Despite the carnage inflicted by COVID-19, Tom Hanks said movie theaters will “absolutely” survive the pandemic — but they’ll likely be dominated, even more than they already were, by Marvel and other big-budget franchises.

Hanks, while promoting his new western flick “News of the World,” shared his two cents during a video interview with Collider on Saturday.

“Will movie theaters still exist? Absolutely, they will,” Hanks said. “In some ways, the exhibitors, once they’re up and open, will have a freer choice of what movies they do want to play. And I’m no Cassandra when it comes down to this, but I’m going to say that big-event motion pictures are going to rule the day at the cinemas.”

Hanks speculated “News of the World” may be one of the last “adult” movies, where the plot is driven by “interesting” things the characters have to say, to hit theaters.

Also Read: 'News of the World' Film Review: Tom Hanks Plays a Searcher Who Reads the Legends in Old-School Western

“Because after this,” he continued, “in order to guarantee that people show up again, we’re going to have the Marvel Universe and all sorts of franchises. And some of those movies are great. You want to see them writ large because actually watching it at home on your couch actually might diminish them somewhere, somehow, in their visual punch.”

His comments come after a devastating year for the movie theater business, with thousands of exhibitors forced to shutdown due to the pandemic. AMC, the largest theater chain in the U.S., has seen its share price plunge 66% since the start of the year, with the company recently warning it could run out of cash by early 2021.

Moving forward, Hanks said fans will occasionally “flock” to the theaters to see non-franchise movies. But the pandemic, Hanks said, has accelerated a move towards watching more content at home that was already well underway. That doesn’t necessarily mean you can’t have a top-notch experience from the couch, though, according to Hanks. He said he recently streamed HBO’s “Chernobyl” miniseries and felt it was “one of the greatest motion pictures I’ve ever seen.” Similarly, he said watching the two-night broadcast of “The Bridge on the River Kwai” on network TV as a kid didn’t diminish his enjoyment of the film, either, and showed “great and engaging” stories can often transcend their medium.

“The sea change wrought by COVID-19 has been a slow train coming,” Hanks said. “I think there’ll be an awful lot of movies that’ll only be streamed, and it’ll be fine to see them that way, because they’re actually built and made and constructed for somebody’s pretty good [sized] widescreen TV at their homes.”

He added: “Without a doubt, we are actually into the big curve of change, that has been due ever since” VHS tapes were introduced. “This has been just across the horizon.”