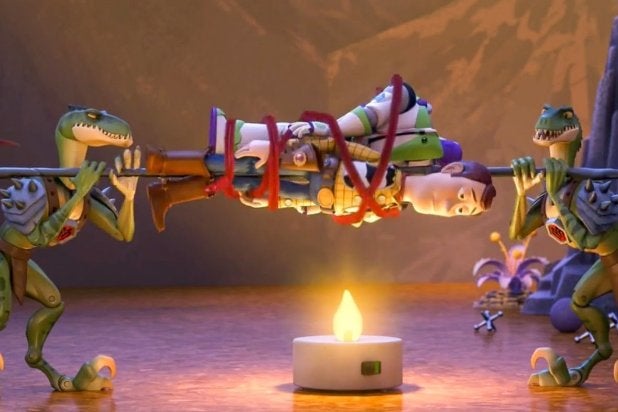 Following last year’s Halloween-themed special, everybody’s favorite toys are returning with a look at the Christmas season. “Toy Story That Time Forgot” will premiere on ABC on Dec. 2 and feature the voice talents of Tom Hanks and Tim Allen as Woody and Buzz Lightyear, respectively.

Hanks and Allen are joined by much of the original voice cast from the classic “Toy Story” films, including Joan Cusack, Wallace Shawn, Kristen Schaal, Timothy Dalton and Don Rickles. They welcome “Grey’s Anatomy’s” Kevin McKidd as a new character, Reptillus Maximus.

“Toy Story That Time Forgot” checks in on Bonnie’s toys during a post-Christmas play date. They meet the coolest set of action figures yet, but things take a dangerous turn when they discover these new toys are delusional. It’s up to Trixie the Triceratops (Schaal) to save the day.