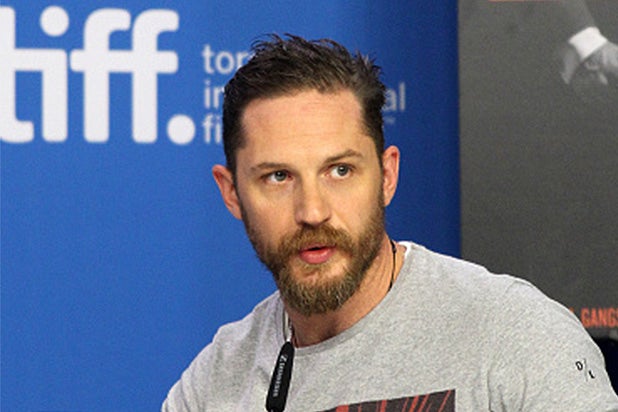 Tom Hardy believes everyone is entitled to a semblance of privacy, even celebrities.

The actor explained during a new interview Thursday why he shut down a reporter who asked about his sexuality during a press conference earlier this week.

“I think everybody is entitled to the right to privacy,” the British-born actor told The Daily Beast. “I’m under no obligation to share anything to do with my family, my children, my sexuality — that’s nobody’s business but my own. And I don’t see how that can have anything to do with what I do as an actor, and it’s my own business.”

See Video: Tom Hardy Shuts Down Reporter Asking About His Sexuality: 'What on Earth Are You on About?'

Hardy became a social media trending topic Sunday, when he shut down a reporter from LGBT news outlet Daily Xtra. The journalist was left red-faced during a press conference at the Toronto International Film Festival after asking if it’s “hard for celebrities to talk to the media about their sexuality.”

Hardy made it clear he was there to talk about his movie “Legend,” not his personal life.

“Are you asking me about my sexuality?” Hardy asked the reporter.

The awkward exchange came to a head when the journalist answered “sure,” and the actor shot back, “Why?” before ending it with a swift, “Thank you.”

Now, four days later, Hardy admits he felt put on the spot by the question.

“It’s important destigmatizing sexuality and gender inequality in the workplace, but to put a man on the spot in a room full of people designed purely for a salacious reaction?” Hardy told The Daily Beast. “To be quite frank, it’s rude.”

While the father of one believes the topic of sexuality itself would have been interesting to discuss, he said the way the reporter asked the question was “counterproductive to what he stands for.”

“I might not be an Adonis, but I like to think of myself as an Adonis in that photo,” actor says

Tom Hardy is many things, but ashamed of his old MySpace pictures he is not. "I've got no shame about my MySpace photos, especially the one of my in my underpants, which is a glorious photo of a man in his natural habitat," the "Mad Max: Fury Road" star told Sky News, via The Independent. "In my tighty-whitey budgie smugglers. In America, they say 'you should be ashamed of this' but I'm actually not remotely ashamed. That is me in my natural habitat, thank you.Â I might not be an Adonis, but I like to think of myself as an Adonis in that photo."

Hardy deleted his MySpace profile some time ago, but thanks to the glory of social media many of his old pictures continue to remind us why we love Tom Hardy. Check out just a few of the pictures below.