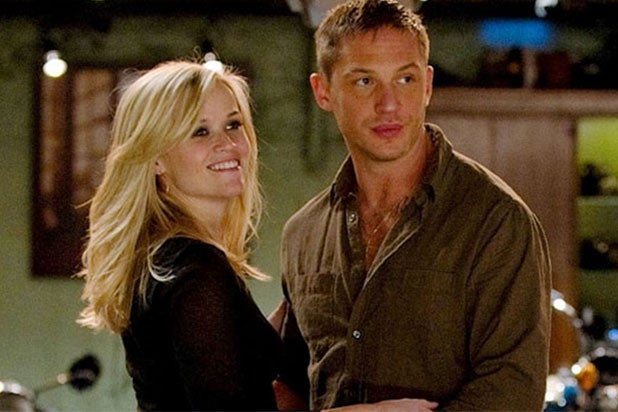 Tom Hardy is known for his dark and brooding roles in films like “Mad Max: Fury Road” and “The Revenant,” but he also starred in the 2012 romantic comedy “This Means War.”

During TheWrap’s interview with the 40-year-old actor about his upcoming FX series “Taboo,” he discussed whether he would ever do another rom-com — something he’s sworn off in the past.

“Yeah, of course I would, I would love that!” he said enthusiastically.

But in 2014, he told USA Today that he “probably won’t do a romantic comedy again” because he felt “so miserable doing it.”

Now, he has apparently changed his mind, explaining his reasoning to TheWrap: “My kids can’t watch anything I’ve been in. I can’t let them watch ‘The Dark Knight Rises.’ Don’t get me wrong — they are just too young. They can’t watch ‘Mad Max!’ My son would have nightmares. We watched ‘Star Wars’ recently and we watched ‘Teenage Mutant Ninja Turtles.'”

Hardy has two children — one eight-year-old son and one 14-month-old.

The actor starred in 2012’s “This Means War” alongside Chris Pine and Reese Witherspoon. Hardy and Pine played two CIA operatives who wage a war against each other when they realize they are dating the same woman.

He will next star in Christopher Nolan’s “Dunkirk” and is rumored to appear in the “Mad Max” sequel, about which Hardy told TheWrap he is “waiting for the call to come.”

Now, it appears, he’s also waiting for a call on a rom-com, too.