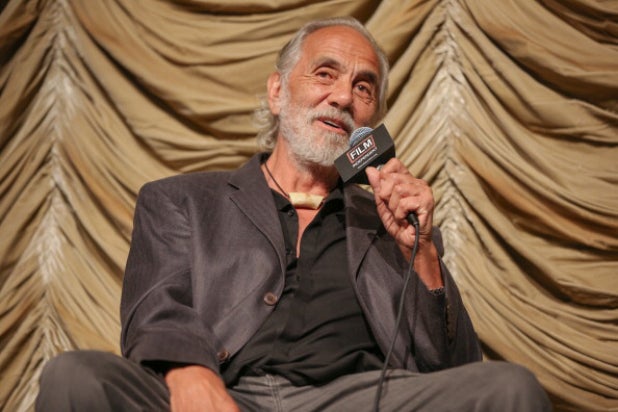 Tommy Chong of “Cheech and Chong” will guest star in an episode of “Raising Hope” as the proud owner of a medical marijuana card — of course.

Hopefully, he won’t get typecast as a stoner from the role.

Chong will play Hubert, a love interest to Cloris Leachman‘s character, Maw Maw, in an upcoming episode of the Fox comedy. And it sounds like Maw Maw is going to puff puff a little herself.

In the episode, Virginia (Martha Plimpton) disapproves of Maw Maw’s new boyfriend (Chong) and his affinity for the recreational drug. Cue an ironic role reversal given her disapproval.