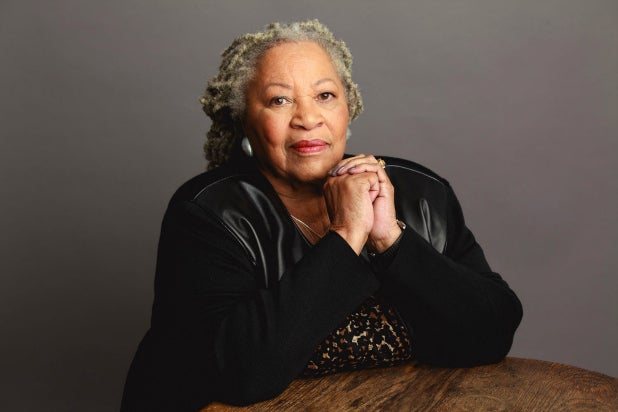 Leave it up to the great Toni Morrison to remind us of the very important lesson that black people should never look at themselves through the eyes of white people. Some might consider this obvious, but in today’s culture that lambasts the lack of diversity and representation in traditional media (i.e. white media), it bears repeating over and over. It is also the crux of the new documentary on the famed novelist, “Toni Morrison: The Pieces that I Am.”

It’s a funny thing too, because Timothy Greenfield-Sanders (“The Latino List,” “The Trans List”) is a white director telling this story about a black icon. And throughout the entire film, he and editor Johanna Giebelhaus (“The Congressman”), who’s also white, piece together numerous archival interviews with Morrison by white journalists (Charlie Rose has apparently been a mainstay throughout the author’s career). So the optics surrounding Morrison’s message in the film are not great, which only further highlights why that message is so vital.

And actually, she uses these white spaces she occupies to turn awkward questions by white interviewers about how her work opposes racism into teachable moments for themselves to consider. It’s not for her to fix or to speak to racism, she would say. She would ask her white interviewer to consider why his culture enables it and how he can help correct it.

Also Read: 'Toni Morrison: The Pieces I Am' Documentary Acquired by Magnolia Pictures

As the film underscores, Morrison has never been one to be silent about how our culture has relied on a default white point of view throughout history, from criticizing the title of Ralph Ellison’s acclaimed book “The Invisible Man” to clapping back at critics who’ve tried to pigeonhole her as a niche author. “Invisible to whom?” she asks via voiceover. And for that matter, who are the ones considering black authors “niche?” The audience and the arbiter of black art are always presumed to be white, which, as Morrison points out, is precisely the issue.

But “Toni Morrison: The Pieces that I Am” isn’t only about her vigilant confrontation against what we’ve come to accept in pop culture. Rather, it is a portrait of a writer who has always dared to reflect the world as she sees it: as ugly as it is beautiful, where black characters have the agency to be as bold, hurtful, and triumphant as everyone else. It’s not necessarily revolutionary; it’s merely matter-of-fact. The stories behind each of Morrison’s tomes (including “The Bluest Eye,” “Song of Solomon,” and “Beloved”) parallel her personal journey as a young black girl raised in multicultural Lorrain, Ohio, during the Depression, coming into her own as a student at Howard University, and later settling into her identity as a professor-turned-book-editor-turned-author, all the while raising two boys as a single mother.

“Toni Morrison: The Pieces I Am” shows that the multi-hyphenate is in many ways a reflection of so many black women, then and now. Morrison is as much an educator beyond the world of academics as she is a nurturer and a corporate maven who advocated for equal pay with her male colleagues at Random House in the 1970s. She has navigated both predominantly black and white spaces with ease, not so much by being disruptive as by confidently taking up space.

She doesn’t necessarily recount instances of rampant racism throughout her own life and career, as that would once again pivot the perspective to whiteness. What interests Morrison, and what she corroborates in her own words in the film, is how black people see themselves and relate to each other. That’s why her books have resonated with audiences across the spectrum, because at their core they highlight the author as a humanist who is genuinely interested in people, but particularly the black narrative.

To further illustrate that, Greenfield-Sanders not only interviews Morrison (who appears in person and on voiceover), but also sits down with literary and academic peers like Russell Banks and Harvard University professor and historian David Carrasco as well as fellow cultural icons such as Angela Davis (whose autobiography Morrison edited), friend Fran Liebowitz, Oprah Winfrey, and Walter Mosley, who speak about how her stories have personally impacted them. Interspersed throughout these testimonials are poignant work by renowned artists including Kara Walker whose profound 1998 piece, “African American,” a black and white silhouette of a black woman falling headfirst, punctuates Morrison’s story.

Declan Zimmermann’s visual effects help emphasize Morrison’s work and personal narrative as a touchstone throughout many times in history when her stories have not just validated but also unshackled black people from the white vantage point through which they have been seen. Though “Toni Morrison: The Pieces that I Am” comes from a white storyteller, it distinctly and profoundly reflects the point of view of the subject herself. What we see is a woman who has always been in charge of her own narrative, no matter who wants to share it.

For the record: A previous version of this review incorrectly spelled Declan Zimmermann’s name.