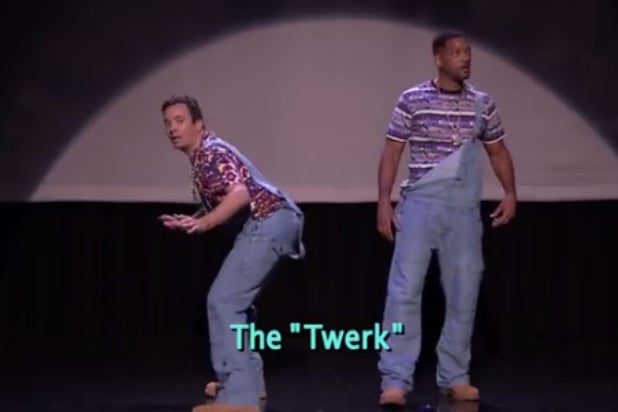 In its debut week, “The Tonight Show Starring Jimmy Fallon” had nine videos go viral, with each clip amassing more than one million views.

Leading the pack from Fallon’s Monday premiere was “The Evolution of Hip-Hop Dancing,” with Will Smith. Next up was Brian Williams inadvertently spitting “Rapper’s Delight” through a series of newscasts.

Rounding out the Top 3 was Fallon and Justin Timberlake‘s “History of Rap: Part 5” from Friday’s week-ending episode.

Here are the top 10 videos: