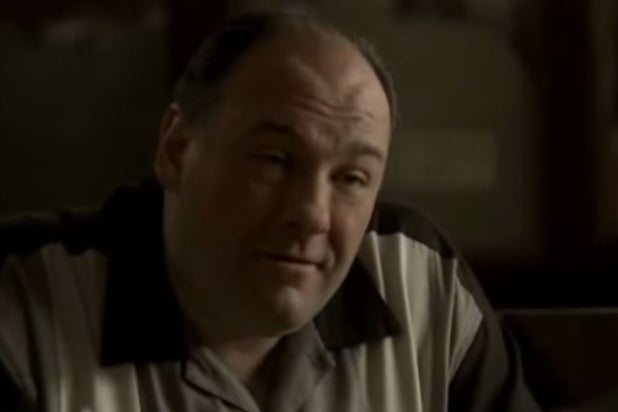 “A journalist for Vox misconstrued what David Chase said in their interview. To simply quote David as saying, ‘Tony Soprano is not dead,’ is inaccurate. There is a much larger context for that statement and as such, it is not true,” Chase’s representative, Leslee Dart, said in a statement Wednesday.

You’re off the hook, Members Only Guy.

Also read: ‘Ray Donovan’ Is ‘Not an Homage’ to ‘The Sopranos,’ Creator Says

Of their conversation, Nochimson recalled: “Chase startled me by turning toward me and saying with sudden, explosive anger, ‘Why are we talking about this?’ I answered, ‘I’m just curious.'”

On the pointed question — “Is Tony Soprano dead?” — Chase replied in the following manner: “He shook his head ‘no.’ And he simply said, ‘No he isn’t.'”

“That was all,” Nochimson wrote.

When she asked Chase about the infamous cut to black, he told her that it is about Poe’s poem, “Dream Within a Dream.”

Prodding Chase for more, he simply summed up, “What more can I say?”

“The Sopranos” ended in very dramatic fashion. After a tense scene involving the titular family meeting in a diner, terrible, suspenseful parallel parking by Meadow (Jamie Lynn-Sigler) and some shady actions by a shifty fella in a Members Only jacket — the show silently cut to black.

Many believed their cable went out. But in reality, Chase just left the scene up for interpretation. Almost immediately, competing theories hit the web — though probably the predominant one said that Tony was killed, resulting in the silent darkness, as the audience saw and felt the murder through the main character’s eyes.

Until presumably now, Chase had not spoken publicly about his intentions.