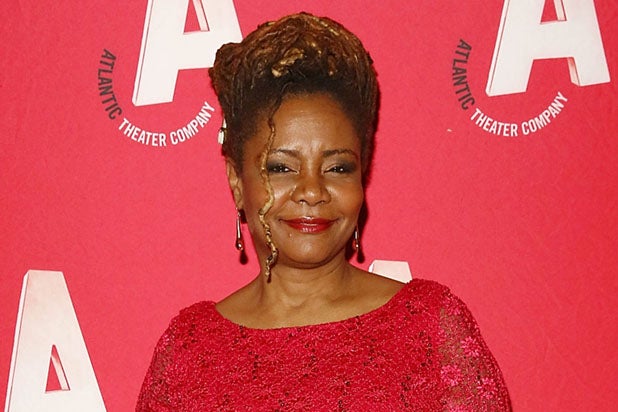 The Tony-award-winning actress Tonya Pinkins said racism and sexism by “white creatives” led to her quitting the lead role in a new production of Bertolt Brecht’s “Mother Courage and Her Children.”

In an angry statement released to Playbill.com, Pinkins said her objections to the way her character, a black woman, was portrayed in the play, were ignored.

“Twice this year (but too many times in my career) my perspective as a Black woman was dismissed in favor of portraying the Black woman, through the filter of the White gaze,” Pinkins wrote. “Regrettably, I must exit Classic Stage Company’s Mother Courage.”

Also read: 'Fiddler on the Roof' Broadway Review: A Classic Tweaked but Not Transformed

She went on to write that the changes made to Brecht’s play left the character — a canteen woman who is determined to make her living by following armies into war — “speechless, powerless, history-less and even cart-less.”

She claimed a new hashtag, #BlackPerspectivesMatter:

When Black bodies are on the stage, Black perspectives must be reflected. This is not simply a matter of “artistic interpretation”; race and sex play a pivotal role in determining who holds the power to shape representation. A Black female should have a say in the presentation of a Black female on stage.

Pinkins charged the crew with complaining,  “I just can’t control her,’ and argued: “Am I a dog or a slave to be misled so as to be controlled in my artistic expression?”

The play began previews on Dec. 10, and was scheduled to open Jan. 7. The premiere will be rescheduled while a replacement for Pinkins is sought.

Read her full statement below:

Who Loses, Who Thrives When White Creatives Tell Black Stories?

The year 2015, saw the rise of #BlackLivesMatter and #BlackGirlsMatter, both movements helmed by powerful, fearless Black women. In 2016 I’m starting #BlackPerspectivesMatter.

Twice this year (but too many times in my career) my perspective as a Black woman was dismissed in favor of portraying the Black woman, through the filter of the White gaze. Regrettably, I must exit Classic Stage Company’s Mother Courage.

When Black bodies are on the stage, Black perspectives must be reflected. This is not simply a matter of “artistic interpretation”; race and sex play a pivotal role in determining who holds the power to shape representation. A Black female should have a say in the presentation of a Black female on stage.

CSC’s truncated version (an hour has been cut) eliminates Mother Courage and her children’s backstory, the use of her cart, and much of Brecht’s brilliant commentary on war. Mother Courage is the King Lear in the classical cannon of female roles. Not since Caroline, or Change, ten years ago, have I had a role of this caliber. How do I walk away from what could be one of the greatest roles in my career? I couldn’t, until all my research, arguing and pleading for my character’s full realization fell on deaf ears. And then I had to.

Brecht’s drama follows Mother Courage, a women who supports herself and her children by selling goods to warring armies from a cart she drags through the battle zones. Along the way, all three of her children are killed because of the war. Mother Courage is the epitome of every poor, undocumented, battered, trafficked and immigrant women hustling to provide for her family however she must.

The #CSCMotherCourage poster finds my face plastered on an image of the African Continent, the Democratic Republic of the Congo highlighted. The inspiration: Lynn Nottage’s impulse to create a Black Mother Courage, which culminated in her Pulitzer Prize-winning play, Ruined.

What an opportunity to connect Brecht’s anti-World War II play to the war in modern day Congo, Africa’s first World War. My art meeting my activism. The chance to highlight the Chaplain’s line, “If you want to sup with the devil you need a long spoon,” as analogous to America’s participation in the war in the Congo through our appetites for electronic devices which require Coltan, which is raped and pillaged along with the bodies of Black women and children.

This production does not include a single vestige of the specific war in the Congo. For me, the cultural misappropriation is unconscionable. Why must Africa, why must blackness itself, be general, a decorative motif, instead of being as specific and infinitely diverse as its reality?

This spring, in Rasheeda Speaking, I was the only Black American woman in the room. Does this matter when portraying a Black perspective? Absolutely! The play purported to be about a Black woman’s struggles working in a White medical office. But for the joy of performing nightly with Dianne Wiest, Patricia Connolly and Darren Goldstein, and the talk-backs I orchestrated with Michael Eric Dyson, Dr. Kimberle Crenshaw, Professor James Peterson and many others, it was a soul-murdering experience. It is debilitating, explaining to non-Black people, day in and out, that their conceptions of Black people are not only inaccurate but dehumanizing and offensive.

I won an award for playing Jaclyn in Rasheeda Speaking. Months later, people still call out “Rasheeda” when complimenting me on my performance. What they innocently forget, but I am reminded of with each acknowledgement, is that “Rasheeda” was elucidated, in Jaclyn’s climactic monologue in the play, as the new word for “Nigger.” So who is speaking?

Despite Brecht’s title, Mother Courage was not the star of this production. My subordinate position was most clearly communicated to me when I attempted to perform a task Brecht specifically wrote for Mother Courage: snatching a fur coat off an armed soldier’s back. The actor playing the soldier argued, “I’m a man. This is a war. She gotta RESPECT that; I’d have to kill her!” I fired back, “Brecht wrote it. Mother Courage CAN snatch the fur coat and not get killed. Brecht is illustrating her as an ‘Hyena of the war.'” I told the actor I was going to snatch the fur coat, and if he “had to kill me,” the play would have to end seven scenes earlier than Brecht had intended.

I snatched the fur coat at the performance. The actor found a way to continue the play. However, the director said that in future, I couldn’t do it, because, “the actor said he would kill you.” WHAT?!

Mother Courage coddled and reprimanded into submission to patriarchy?

Brecht did not write a delusional woman. He wrote a woman who seizes power at every turn, who forces her way through Hell, and who continues in spite of every opposing force. My Mother Courage was left speechless, powerless, history-less and even cart-less. Why must images of Black women be held hostage in cages of White and/or patriarchal consciousness?

I and many other artists of color have benefitted from having honorary White status bestowed upon us for our work. This status allows us to work alongside the best in the business and to be treated as equals. It is a daily struggle to partake of this status while straining to maintain integrity and authenticity to our own culture. Yet this status is often stripped when we are asked to portray our own people.

I am grateful to Olympia Dukakis, who has played Mother Courage seven times, for attending an early preview and giving me the permission to put my ferocity back into the role. I had not realized that the shame I was feeling was the result of having my “creative c–k,” my “virtuostic vagina” chopped up every day. The backlash from my appropriate creative turn was immediate. One crew member complained “I just can’t control her.”

Am I a dog or a slave to be misled so as to be controlled in my artistic expression?

I was even told that the cuts related to Brecht estate rights and permissions associated with our transposition to the Congo. So I contacted the attorney to the Brecht estate to fight for the integrity of the text that Brecht wrote. The attorney assured me that changing the Thirty Years War references to Congo War references was acceptable to the estate, and that all such matters were artistic decisions between artist and director. Well, not this artist.

I recall reading, Tony Kushner‘s translation of Mother Courage, which was sent to entice me to accept the role. The pinnacle of my career has been Caroline, or Change. Caroline’s power reigned on every page. So I know what that power feels like, and this is not it. CSC’s “Mcdraft” was not even from the Kushner translation.

Why, in 2015, in the arts, is there a need to control the creative expression of a Black woman?

As we begin the new year, I wish for White theater creatives to have the humility to recognize that their perspectives alone are insufficient when portraying Black women and all “others”; that their manufactured fears put false Black images on the stage. I believe this allows real Black people to be destroyed, in the world.

As we enter 2016, the collective White creative community has a responsibility to bring as many “others” into the room, both onstage and offstage, before, during and after decisions are made. Only then will the beauty of global humanity be heard, seen, and finally understood, so that the truth wipes away the misconceptions and misappropriations that cause the fear which foments violence around the globe.

The world can no longer afford to have artistic visions of all White worlds because they simply do not exist. I want the theater to look like the city streets I walk on. That is the theater I aspire to participate in, one where #OtherPerspectivesMatter and are respected and reflected.

I am contractually obligated to perform in #CSCMotherCourage through January 3, 2016.